The International Trademark Association is calling on brands to step up their communications to consumers about the dangers of counterfeit products—especially among Gen Z. 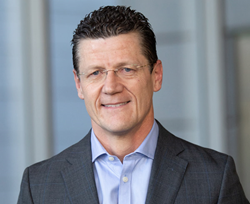 “While the priority in the battle against counterfeiting is consumer safety, we must also recognize the opportunity during the shopping season to educate young consumers and forever change their attitudes toward counterfeiting,” said INTA CEO Etienne Sanz de Acedo

This holiday shopping season, the International Trademark Association (INTA) is calling on brands to step up their communications to consumers about the danger of counterfeit products—especially among Gen Z, which will become the largest consumer group globally in 2020.

“Gen Zers live in a world where the sale of counterfeit products is ubiquitous, thus their ideals are tested by the reality of their surroundings.” This is a key finding of INTA’s study Gen Z Insights: Brands and Counterfeit Products, which explored the attitudes and perceptions of Gen Zers, aged 18 to 23, in 10 countries (Argentina, China, India, Indonesia, Italy, Japan, Mexico, Nigeria, Russia, and the United States).

The study, published last May, found that 79 percent of the more than 4,500 Gen Zers surveyed had purchased fake products in the prior year.

Counterfeit goods have become so pervasive today that more than half of the respondents noted that counterfeit products are now easier to find than genuine products. Eighty percent believe that fake products are “sold everywhere”—by street vendors (71%), in local marketplaces (47%), and online (53%).

A major study finding may help boost the effort to combat the sale of fake products: Gen Zers regard brands as the most credible source of information about counterfeits. As such, this holiday shopping season, INTA is calling on brands to step up their communications around counterfeiting.

“While the priority in the battle against counterfeiting is consumer safety, we must also recognize the opportunity during the shopping season to educate young consumers and forever change their attitudes toward counterfeiting,” said INTA CEO Etienne Sanz de Acedo. “Brands have a central role to play in this effort, and can have a long-lasting impact on the production and sale of fake products around the world.”

Despite the high percentage of counterfeits currently purchased by Gen Zers, the study findings indicate that the majority of respondents recognize fake goods as unsafe (81%) and their quality as usually not good enough (77%).

According to the study, 91 percent of Gen Zers are open to changing their views based on new things they learn. “Gen Zers see their identity as an evolving ‘work-in-progress,’” noted Mr. Sanz de Acedo. “It is essential to highlight the harms of counterfeits and the value of trademarks and brands so that this cohort—as well as all consumers—look at their purchasing habits through an informed lens.”

The top drivers that would change Gen Zers’ attitudes about purchasing a fake product are if it is dangerous or bad for their health; if the money spent on it goes toward organized crime; if it is bad for the environment; or if purchasing it means having to pay a fine.

As international trade in counterfeit and pirated products, including digital piracy, is estimated to skyrocket to as high as $2.81 trillion by 2022, compared to $1 trillion in 2013, INTA has been intensifying its efforts to fight counterfeiting around the world. Among these efforts is the Association’s far-reaching Unreal Campaign that educates young consumers (ages 14 to 23) through social media and student presentations at schools worldwide. INTA also partners with stakeholders to advocate for stronger anticounterfeiting measures online and offline, and to promote cooperation in enforcement efforts across agencies and borders.

About the International Trademark Association
The International Trademark Association (INTA) is a global association of brand owners and professionals dedicated to supporting trademarks and related intellectual property (IP) to foster consumer trust, economic growth, and innovation. Members include more than 7,200 trademark owners, professionals, and academics from 187 countries, who benefit from the Association’s global trademark resources, policy development, education and training, and international network. Founded in 1878, INTA is headquartered in New York City, with offices in Brussels, Santiago, Shanghai, Singapore, and Washington, D.C., and representatives in Geneva and New Delhi. For more information, visit inta.org.