Dental tourism overseas is proving to be a good-value solution for many Americans who cannot afford dental care in the United States, according to a new report from the editors of InternationalLiving.com. Only 12 percent of older Americans have dental insurance, which helps explain the growing number seeking out high-quality care at one-third to one-half the U.S. cost in the Latin American locales this International Living report explores. 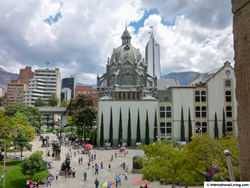 A friend recommended I go to Costa Rica to get implants, which were 75% less than if I got them in the United States

Dental procedures are expensive in the United States, when compared to prices in select countries overseas.

The better-value, lower-priced care in nearby Latin America is attracting dental tourists in greater numbers each year.

“For many people who take advantage of lower-priced dental care overseas—it’s cheaper to fly abroad, have the procedure done, take a vacation for a week or two, and then fly home than it is to simply pay for the procedure alone in the United States,” says Jennifer Stevens, Executive Editor of International Living.

Laura Royal of Largo, Florida took advantage of the disparity in pricing and bundled her trip to the dentist with a family vacation in Costa Rica.

"A friend recommended I go to Costa Rica to get implants, which were 75% less than if I got them in the United States,” says Royal. ”I was happy to find many dentists have been educated in the U.S. and are board certified. Additionally, practitioners and their staff frequently take ongoing training and continuing education courses to stay current with the latest trends and [they] spoke English. The savings allowed me to take my son with me, so we toured the countryside and had a great time.”

Only 12 percent of older Americans have some form of dental insurance, according to a recent study by Johns Hopkins Bloomberg School of Public Health. That lack of insurance predicts a lack of care. It’s simply too expensive for many people to attend to their oral health, so they don’t.

As a result, many millions forego dental care entirely. A growing group of Americans, however—800,000 last year, by one count—are crossing borders to source lower-priced dental care in places like Mexico, Costa Rica, Colombia, Nicaragua, Ecuador, and beyond. And that number is expected to grow.

Don Pucci lives in Boca Raton Florida. He needed extensive dental work but prices were high in the U.S. So, he looked to lower-priced Mexico.

“I am 70 years old and through a series of unfortunate events, my dental situation snowballed into a need for several implants to replace my 5 front teeth,” says Pucci. “I spent a couple of months visiting dentists and specialists in my local area and found the prices to be quite steep."

After reading a Facebook post from his friend who had previously moved to Cancun, Don chose to combine saving money with a getaway.

“I decided to go in mid-June. Implants take 2 visits. One to extract the teeth and set the implants. Then the second one 4 to 6 months later for the final teeth setting. So far, I have had a great experience. My time in Cancun was terrific. The dentists were very professional and high tech as was the oral surgeon. I saved between 1/2 to 2/3 of what it would have cost in the U.S. My story is not over as I will return in October for my final visit and permanent teeth and I expect the same great treatment and results and time in the sun.”

It’s not uncommon for medical tourists to save tens of thousands of dollars on dental treatments without sacrificing on quality. Dawn Morgan explains how she and her husband Johnny, of Hernando Beach, Florida, saved thousands by going to Ecuador to have extensive work done on his teeth.

“On our first tourist trip to Ecuador, we planned on having my husband get extensive dental work done,” Morgan says. “It was a success. He had a permanent partial bridge made for six teeth. He had about six extractions and about 18 fillings and a teeth cleaning. The process took about 6 weeks.

“We had a quote for $770 but it ended up costing only $700. He has been back a couple of time for slight adjustments. He is extremely happy with the result. This would have easily cost over $17,000 in the U.S. The savings easily covered our airfares and accommodation rental.”

But a trip to the dentist doesn’t have to be a planned venture. Diego Alverez from Venice Beach, California took advantage of the much more affordable dental costs while in Nicaragua.

“I was already in Nicaragua and because the dentist happens to be great, I used my time there to get a great cleaning and whatever needed to be done at the time, which was actually not really all that involved,” says Alverez. “Those doctors were young and ambitious, and I liked them...I paid $35 dollars for the best and deepest cleaning I ever had. The deep cleaning in LA costs between$500 and $650 us dollars.”

Edward Michaelson, 55, of Massachusetts, was staying in Colombia when he needed a dentist. He could have waited until he went home, but the prospect of excellent service and the low price changed his mind.

"I was in Medellín Colombia for a couple of months just checking out the place,” says Michaelson. “Shortly after I arrived, my sleep guard broke. I had heard that Medellín had good dental care, so I decided to see if I could get it fixed there rather than wait till I got back to the states.

“I found an English-speaking dentist online. I was looking for an English-speaking dentist because my Spanish was non-existent at the time. I got an appointment 2 days after I made the call to his office. He took impressions, sent them out to his lab to have the mouth guard made. I came back 2 weeks later to be fitted. He spent an hour fine tuning the fit so that it was perfect. All this only cost me $250. This replaced the one I had made in the States. That one cost me $1,500."

Editor's note: Members of the media have full permission to reproduce the article linked above once credit is given to InternationalLiving.com.