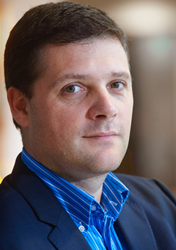 Tuyls will deliver the presentation “In a World Full of Attacks, Secure your Devices and Systems with SRAM PUF"

WHAT: Tuyls will deliver the presentation “In a World Full of Attacks, Secure your Devices and Systems with SRAM PUF.” The MRQW provides a forum for discussing issues in all areas of microelectronics reliability and qualification for high-reliability and commercial applications. Technical sessions and keynote speakers cover the latest results or work in progress in microelectronics devices. For more information on the workshop visit the event’s website.

WHEN: The Microelectronics Reliability and Qualification Workshop will be conducted Feb. 4-6, 2020. Tuyls speaks February 5 at 4:15 p.m. PST as part of Session IX: Microelectronics Trust and VS&E.

WHO:
Pim Tuyls is CEO of Intrinsic ID, a company specializing in IoT security technology. He initiated the original work on Physical Unclonable Functions (PUFs) that forms the basis of Intrinsic ID’s silicon fingerprinting technology while at Philips Research, where Tuyls was Principal Scientist and managed the cryptography cluster. In 2008 he founded Intrinsic ID and has headed the company since 2010. He holds a Ph.D. in mathematical physics from Leuven University, holds more than 50 patents and is widely recognized for his work in the field of SRAM PUFs and security for embedded applications. He has written significantly in the field of security, including his co-written book Security with Noisy Data, a survey into the theory and practice of new technologies in the field of security based on noisy data, which describes applications in the fields of biometrics, secure key storage and anti-counterfeiting.