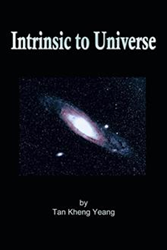 “Intrinsic to Universe” offers a new perspective on old philosophies and social “isms” that allows the reader to visualize a new social organization that works with rather than against human nature.

Having always been fascinated by political history and the philosophical thoughts and ideologies that have shaped human destiny, author Tan Kheng Yeang pens “Intrinsic to Universe” (published by Trafford Publishing). The book reveals the creation of a new world order that will enable humankind to climb out of the morass of social chaos, war and environmental destruction in which they find themselves today.

Philosophers such as Plato, More and Locke have appeared sporadically to propose a new order for civilization and to expound on the role of the ideal state in the lives of its citizens. Most of these social orders have failed, or are struggling, because they have an idealized and far from realistic outlook on human nature. With this in mind, the author has laid the foundations of new a philosophy called “Intrinsicalism.” Like many other social systems, respect and personal freedom for the individual and his/her chance to grow and participate in society are at the central core of Intrinsicalism. However, its principles are based on a less idealistic view of human nature and the creation of a new world order that is more intrinsic to the realities of human behavior.

“I want readers to see that it is possible for human civilization to evolve to allow individuals to realize their full potential, while respecting the natural wonders of this planet and the universe at large,” the author says. “I want readers to take away hope for the future of humankind and the world we live in.”

An enlightening and thought-provoking read, “Intrinsic to Universe” offers a new perspective on old philosophies and social “isms” that allows the reader to visualize a new social organization that works with rather than against human nature.

About the Author
Born around the time of the foundation of the Republic of China, in the former English colony of British Malaya, Tan Kheng Yeang was educated in an English school. From his early days the author was interested in literature and philosophy, and as his interest evolved to science, he decided to study civil engineering at the University of Hong Kong, as he felt he needed a practical career. After the Japanese occupied Hong Kong, he fled to free China, where he found work in an office constructing roads and later an airfield in Guangxi Province. After the war ended in 1945, he returned to Malaya and became an engineer in the City Council of Georgetown, Penang. After his retirement, he worked as an engineering consultant. He is the author of 12 books that reflect the broad range of his interests and talents.

Trafford Publishing, an Author Solutions, LLC, author services imprint, was the first publisher in the world to offer an “on-demand publishing service,” and has led the independent publishing revolution since its establishment in 1995. Trafford was also one of the earliest publishers to utilize the Internet for selling books. More than 10,000 authors from over 120 countries have utilized Trafford’s experience for self publishing their books. For more information about Trafford Publishing, or to publish your book today, call 1-888-232-4444 or visit trafford.com.
###