Severus LLC was formed in 2019 to create and develop the Cape Town Tigers into the top professional basketball organization in the BAL (Basketball Africa League) within five years while simultaneously creating a viable, profitable global organization. 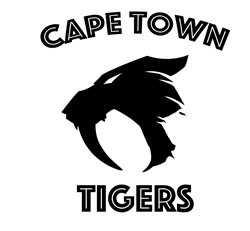 As Basketball approaches soccer as the most popular global sport, the World has set its gaze on the African continent to grow its reach and popularity.

As Basketball approaches soccer as the most popular global sport, the World has set its gaze on the African continent to grow its reach and popularity. Severus LLC was formed in 2019 to create and develop the Cape Town Tigers into the top professional basketball organization in the BAL (Basketball Africa League) within five years while simultaneously creating a viable, profitable global organization. This March, the Cape Town Tigers played one of their first friendly matches as they ramp up to their first official season.

The NBA Commissioner Adam Silver recently told Bloomberg News, "With all due respect to the other U.S.-based sports, there are really two global sports: There's soccer, and there's Basketball. And (with Basketball) we're really just beginning to scratch the surface." The Cape Town Tigers are poised to capitalize on this opportunity by expanding access, support, and participation of African Basketball on the global stage.

The Cape Town Tigers will be the first South African professional team to play in two of the world’s most famous summer tournaments: the Quai 54 in Paris sponsored by Brand Jordan and the TBT conference, sponsored by Puma, and airing internationally on ESPN.

"The opportunity for the Cape Town Tigers to be apart of the BAL is nothing short of breath-taking. I believe we have a lot to offer the league while building a great organization," says Raphael Edwards, Severus, LLC Founding Partner & Head of Basketball Operations. Basketball is becoming increasingly popular across the continent of Africa, particularly with people ages 18 to 35 due in part to the fact that there are currently 13 NBA players from Africa. Severus, LLC recognizes this trend and will rely heavily on social media marketing and technology to drive brand recognition.

Cape Town is the natural city of choice for this venture; it is the #2 tourist destination on the continent and Africa's wealthiest city. Its economy was approximately 37.2 billion dollars in 2019, equal to the smaller US cities with an NBA franchise. The Cape Town Tigers will bring high-caliber basketball expertise, strategic business acumen, and thoughtful philanthropy to establish and grow a world-class basketball club to help develop Basketball in South Africa. As part of the business vision, the Cape Town Tigers will build a solid foundation and infrastructure to compete within the basketball arena and other Cape Town sports and beyond.

Cape Town Tigers believe in building the sport of Basketball from the ground up in South Africa. This includes a significant investment into early development programs for the youth. Economic development to support building the infrastructure within South Africa aligns with the BAL mission to make Basketball a viable and profitable sport that can spur economics. According to the NBA Commissioner, "I think it speaks to the opportunity across the roughly 55 countries of Africa. It is not just an untapped talent pool, however, with millions of potential new fans that can now be reached through technology and social media."

About Severus LLC:
Severus, LLC comprises founding partners who are each experienced professionals with a broad-based skill set who have come together to bring this team to Cape Town and the BAL to impact the people of Cape Town and broader South Africa. This leadership team represents and embodies South Africa’s best through gender, race, and ethnicity diversity. The business began in August 2019 when the founding partners (Chante Butler, Raphael Edwards, Lari Kangas, William McFarland, and Dia Martin) met to form Severus and discuss the upcoming NBA Africa and FIBA joint venture, the BAL. As founders, they identified the unique opportunity presented, which was the chance to combine their expertise to create something spectacular with having a potential impact on the community and people of Cape Town. With this common goal in mind, the management team was established with various sports, economic development, technology, and community development experience.