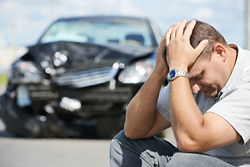 Checkbook.org researchers looked at 600 used cars for sale and found 227 of them had at least one unaddressed safety recall.

"This investigation’s frightening findings show that urgent action is needed to ensure the safety of used cars,” Sen. Richard Blumenthal (D-CT) said. "It is unacceptable that defective cars are regularly sold with known, potentially life-threatening safety issues to unsuspecting buyers."

Each year millions of used cars are sold with potentially deadly unaddressed safety recalls. The new owners of the affected vehicles often have no idea they are driving cars that could pose a danger, possibly a life-threatening one, to themselves, their passengers, and other drivers. Today, nonprofit Consumers’ Checkbook, in partnership with the Consumer Federation of America (CFA), is releasing the results of an investigation that exposes the breadth of the problem and the significant risk to Americans’ safety. The full report is available at Checkbook.org/recalls.

Between 2010 and 2018, automakers in the U.S. recalled 238 million cars and light trucks due to unsafe defects. As mandated by federal law, automobile manufacturers issue recalls to inform vehicle owners about often dangerous problems. Checkbook’s investigation revealed many cars deemed unsafe until repaired end up on used-car lots, where they’re resold by dealers that have not fixed the problems nor informed buyers about them.

Per the NHTSA’s database, Checkbook found 227 of the 600 automobiles—nearly 40 percent of them—had at least one unaddressed problem subject to a recall, almost all of them serious, such as engines that might stall, brakes that might fail, and seatbelts that might not operate properly in the event of a crash. Checkbook found one vehicle up for sale that had four unaddressed open recalls.

“It is unbelievable – and a surprise to most consumers – that dealerships routinely sell vehicles with open recalls, and in most cases it’s perfectly legal to do so,” said Kevin Brasler, executive editor of Consumers’ Checkbook. “What other industry gets a pass on knowingly selling defective dangerous products? A store would face massive fines and lawsuits if it knowingly sold contaminated meat or produce or filled prescriptions with medications after a pharmaceutical company warned that they might contain harmful contaminants. So why do we let used-car sellers get away with knowingly peddling dangerously defective vehicles? It’s unacceptable.”

Used-car dealers or anyone else can easily check a car for an unrepaired recalled defect simply by entering the vehicle’s 17-character VIN on the NHTSA website. Recalls can be addressed at no cost to vehicle owners.

“The automobile recall program is one of the government’s most important auto safety functions, but to be truly effective, car dealers should not be allowed to simply resell vehicles with known and correctable defects, said Jack Gillis, CFA’s executive director and author of The Car Book. “Simply put, profiting from the sale of any product with a known defect is unconscionable, and this investigation shows it is happening all the time.”

Advocates say what’s needed is a federal law requiring dealers to address recalled defects before selling, leasing, or loaning out a used vehicle. The Used Car Safety Recall Repair Act, introduced in the U.S. Senate by Richard Blumenthal (D-CT) would do just that.

“This investigation’s frightening findings show that urgent action is needed to ensure the safety of used cars,” Blumenthal said. “It is unacceptable that defective cars are regularly sold with known, potentially life-threatening safety issues to unsuspecting buyers. Congress must act to pass my bill – the Used Car Safety Recall Repair Act – and require auto-dealers to repair dangerous used cars. This is a common-sense measure to protect American consumers and our roads from unsafe cars.”

Among those that have opposed such legislation is the National Automobile Dealers Association (NADA). Although NADA did not respond to repeated requests for an interview for the report, a statement posted on its website in September 2020 said such a law would “cripple the used vehicle market,” creating what amounts to a trade-in tax by devaluing used vehicles by an average of $1,210 to as much as $5,000, according to one study it cited. The statement said that while dealers support a “100% recall completion rate,” some recalls are too minor to justify federal legislation like Blumenthal’s.

Consumer advocates disagree. “I doubt many drivers would consider door latches that might fail, airbags that might not deploy, seat belts that might not work, engines and brakes that might fail, and other serious safety defects our investigation routinely revealed as ‘minor’ problems,” said Brasler. “While car dealers, manufacturers, and their trade associations insist they’re working hard to make their products are safe, they’re clearly not doing nearly enough to actually make them so.”

About Consumers' Checkbook/Center for the Study of Services
Consumers’ Checkbook (Checkbook.org) is an independent, nonprofit consumer organization, founded in 1974. Its mission is to help consumers get high-quality services and products at the best possible prices. In addition to working on national projects, Checkbook publishes Consumers’ Checkbook magazine in print and online in the Washington, D.C., San Francisco Bay, Puget Sound, Twin Cities, Chicago, Boston, and Delaware Valley areas, with ratings of service providers ranging from plumbers to surgeons. Checkbook is fully funded through subscription and publication sales, fees for information services, and consumer donations, and does not accept advertising dollars or other support from businesses so there can be no question of bias.