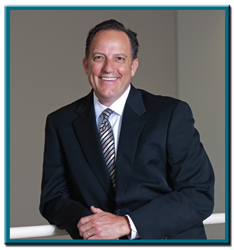 This is obviously a huge victory for Joint Powers Authorities in California who rely upon their partners to uphold their contractual commitments and agreements.

Trial Lawyer Gregory G. Brown, Founding Partner of Irvine, CA based Brown & Charbonneau, LLP, obtained a $4,800,000 settlement following a multi-million-dollar trial win on behalf of plaintiffs South Orange County Water Authority (SOCWA) and its affiliates, which include City of Laguna Beach, South Coast Water District, Emerald Bay Service District. The settlement also provided for the payment by defendant Moulton Niguel Water District (MNWD) of $2,700,000 in attorneys’ fees and a permanent injunction prohibiting the wrongful conduct in the future. The case was also featured in the LA Times and the Laguna Beach Independent.

The complaint, filed in Riverside Superior Court on May 30, 2017, arose after MNWD stopped paying its invoices for capital improvement for the Coastal Water Treatment Plant (CTP), a regional wastewater treatment facility. MNWD argued that while it had anticipated the use of the plant, no need ever arose, therefore they were no longer required to pay for the capital maintenance and repair of the facility. The dispute began in the summer of 2016, case no.30-2017-00923143, when MNWD’s actions began to threaten the safety of the facility.

“This is obviously a huge victory for Joint Powers Authorities in California who rely upon their partners to uphold their contractual commitments and agreements,” said Brown. “But it’s much more than that. This isn’t just a win for the plaintiffs, but for all of South Orange County, as this victory guarantees the safety and quality of water for the whole community.”

After a month long trial, Riverside Superior Court Judge Randell Stamen ruled, “MNWD is legally obligated to pay its proportional share of all costs, including capital costs and items, necessary to operate and maintain the Coastal Treatment Plant until February 19, 2030, or until the fifty-year term is rescinded or modified.”

The trial win and settlement “is a clear win for our residents, the environment, ocean water quality and the sanctity of contracts between partners,” Michael Dunbar, General Manager of the Emerald Bay Service District, said in a statement.

“The settlement allows those involved with the CTP to continue operations in a safe and efficient manner, while at the same time ensuring the protection of South Oranges County’s environment, water, and beaches,” said Brown.