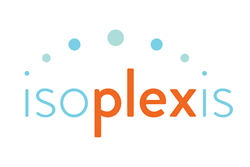 We are honored to add the expertise of Drs. Arnie Levine, Ross Levine, and Antoni Ribas, to the team, alongside current board members Dr. James Heath and Dr. Rong Fan.

“We are honored to add the expertise of Drs. Arnie Levine, Ross Levine, and Antoni Ribas, to the team, alongside current board members Dr. James Heath and Dr. Rong Fan,” said Sean Mackay, CEO of IsoPlexis. “The contribution of this distinguished group of leading academic and industry scientists and physicians is an endorsement of the enthusiasm for our innovative platform and its role in immune-mediated disease and therapeutics.”

“IsoPlexis has gathered an exceptional team of scientific advisors who each bring distinctive skill sets to the board. Dr. Arnie Levine is a renowned pioneer in cancer research and discoverer of the tumor suppressor protein p53. He is Vice Chairperson of Stand Up To Cancer’s Scientific Advisory Committee and he established the Simons Center for Systems Biology at the Institute for Advanced Study. Dr. Ross Levine is the Laurence Joseph Dineen Chair in Leukemia Research at Memorial Sloan-Kettering Cancer Center. He primarily focuses on the investigation of genetic basis of hematopoietic malignancies. Dr. Antoni Ribas is the Director of the Tumor Immunology Program at UCLA’s Jonsson Comprehensive Cancer Center. His work encompasses understanding how the immune system can be effectively used to fight cancer. Dr. James Heath is an IsoPlexis board member, and is the Director of the National Cancer Institute's NSB Cancer Center. He works at the nexus of both cancer immunology and chemical engineering as a Professor of Chemistry at CalTech and Professor of Pharmacology at UCLA. In 2009, he was named one of the seven most powerful innovators in the world by Forbes magazine. Dr. Rong Fan, is an IsoPlexis board member, a company co-founder, and an Associate Professor of Biomedical Engineering at Yale. He is focused on combining single-cell analysis technology and systems biology to study cell-cell communication and cellular heterogeneity in human cancers and the immune system. We look forward to working with these thought leaders on our Scientific Advisory Board to gain insight and advance IsoPlexis.”

Rong Fan, Ph.D. Fan is an Associate Professor of Biomedical Engineering at Yale and a co-founder of IsoPlexis. He is the recipient of numerous awards including the Howard Temin Pathway to Independence award from NCI and the Packard Fellowship for Science and Engineering, He received a Ph.D. in Chemistry from the University of California at Berkeley, and later worked in Professor James Heath’s group at Caltech. His recent work is centered on the development of single-cell omics technologies to analyze deep functional cellular heterogeneity in human cancers and the immune system.

James R. Heath, Ph.D. (Chair) Heath is the Elizabeth W. Gilloon Professor and Professor of Chemistry at Caltech, and Professor of Molecular & Medical Pharmacology at the University of California, Los Angeles (UCLA), and Director of the National Cancer Institute's NSB Cancer Center. He has founded or co-founded several companies, including NanoSys, MTI, Sofie Biosciences, and Indi Dx, and has served on the board of a number of organizations including the Board of Scientific Advisors of the National Cancer Institute. Heath graduated with a degree in chemistry from Baylor University in Texas. He completed his Ph.D. in physics and chemistry from Rice University. He was awarded the 2000 Feynman Prize in Nanotechnology. He became a fellow of American Physical Society in 1999 and in 2009 he was named one of the seven most powerful innovators of the world by Forbes magazine.

Arnold Levine, Ph.D. Levine is a widely acclaimed leader in cancer research. He is currently Professor Emeritus of Systems Biology at the Institute for Advanced Study in Princeton, New Jersey. He was awarded the 1998 Louisa Gross Horwitz Prize for Biology for Biochemistry and was the first recipient of the Albany Medical Center Prize in Medicine and Biomedical Research in 2001 for his discovery of the tumor suppressor protein p53. He is the Vice Chairperson of Stand Up To Cancer’s Scientific Advisory Committee. He established the Simons Center for Systems Biology at the Institute for Advanced Study which concentrates on research at the interface of molecular biology and the physical sciences. He also chaired the National Cancer Advisory Board, which advises the National Academy of Sciences and its Institute of Medicine on cancer policy. He was elected to the National Academy of Sciences in 1991 and to its Institute of Medicine in 1995.

Ross Levine, MD. Levine is the Laurence Joseph Dineen Chair in Leukemia Research, Human Oncology and Pathogenesis Program, Leukemia Service, Department of Medicine, Memorial Sloan-Kettering Cancer Center, New York, NY. Ross is a physician-scientist with a specific interest in the genetics and therapy of myeloid malignancies, including the myeloproliferative neoplasms polycythemia vera, essential thrombocytosis, and primary myelofibrosis. The Ross Levine lab at Memorial Sloan Kettering Cancer Center seeks to improve understanding of the genetic basis of myeloid malignancies, with a specific focus on the role of oncogenic disease alleles in the pathogenesis of myeloproliferative neoplasms (MPN) and acute myeloid leukemia (AML).

Antoni Ribas, MD, Ph.D. Ribas is a Professor of Medicine, Professor of Surgery, and Professor of Molecular and Medical Pharmacology at the University of California Los Angeles (UCLA). He is the Director of the Tumor Immunology Program at the Jonsson Comprehensive Cancer Center (JCCC), Vice-President of the Society for Melanoma Research (SMR) and the Chair of the Melanoma Committee at SWOG. He trained at the University of Barcelona, Spain, with postdoctoral research and clinical fellowship at UCLA. Antoni is a permanent committee member of the National Cancer Institute (NCI) grant review panels and an elected member of the American Society of Clinical Investigation (ASCI). He has published over 200 manuscripts on laboratory and clinical research in malignant melanoma.

About IsoPlexis
IsoPlexis (http://www.isoplexis.com) is a venture-capital funded life sciences company developing a diagnostic platform that can identify a wide range of patient immune responses at the cellular level. Its platform can assess safety and efficacy of therapeutics and monitor disease progression, enabling improved therapeutic development and informing physician decisions. IsoPlexis is privately held and backed by Spring Mountain Capital, North Sound Ventures, and Connecticut Innovations. The company is also supported through grant funding from the National Cancer Institute. IsoPlexis is located in Branford, Conn.