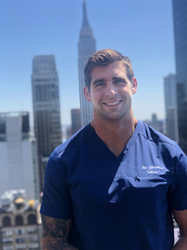 The median survival for a patient with glioblastoma today is 16 months and this statistic has shown no notable improvement for decades. The need for a bold approach to rapidly identify new, effective therapies for those impacted by this disease is greater than ever. - Dr. Sanai

Glioblastoma Awareness Day (GBM Day) is dedicated to increasing public awareness of glioblastoma, the most common and aggressive form of brain cancer. It also honors those who have been impacted by the disease and supports efforts to develop better treatment options that will improve patients’ long-term prognosis.

“The median survival for a patient with glioblastoma today is 16 months and this statistic has shown no notable improvement for decades,” said Nader Sanai, M.D., director of the Ivy Brain Tumor Center and neurosurgical oncologist at Barrow Neurological Institute. “The need for a bold approach to rapidly identify new, effective therapies for those impacted by this disease is greater than ever.”

U.S. Senator for Arizona, John McCain, died of glioblastoma nearly two years ago on August 25, 2018. Following his death, a bipartisan group of U.S. senators sponsored a resolution to allocate a day in July to raise awareness and leverage support for the research and treatment of glioblastoma. The resolution passed unanimously shortly after Senators Martha McSally and Kyrsten Sinema toured the Ivy Brain Tumor Center in Phoenix, AZ where Dr. Sanai and his team are pioneering a novel clinical trials program funded by the largest grant in the history of brain cancer research.

Youngblood, a 29-year-old Arizona-based Registered Nurse, spent three months in New York offering his support to doctors in the fight against coronavirus. But toward the end of his deployment, Youngblood began experiencing sudden headaches, nausea and decreased motor function. He received a devastating diagnosis and had an emergency surgery to remove a brain tumor. His family arranged a GoFundMe page to help cover medical bills but despite surpassing the initial goal of $180,000 in the first week, it did not cover his first hospital bill of $254,000. The new GoFundMe goal has been set at $550,000 in anticipation of his aggressive treatment plan.

“I am so grateful to Hoda Kotb at the TODAY Show for helping to tell my story, as well as People Magazine, ABC 15 Phoenix, Marie Claire, and the list goes on. For everyone who has donated toward helping to cover my medical bills, I am so overwhelmed by your generosity. And for those who have shared my GoFundMe page, written a comment, emailed me, and prayed for me, thank you. Not everyone has a story like mine, so I want to utilize this awareness for those going through a similar battle. My true desire is for everyone to stay safe and healthy. We need more research so raising awareness and supporting the groundbreaking work happening at the Ivy Center is part of what gives me hope,” said Youngblood.

After returning from New York to Phoenix, Youngblood was also honored by The Bonnie Fang Foundation (BFF), established in 2002 to honor nurses who demonstrate the dedication and desire to deliver outstanding patient care, while continuing Bonnie Fang’s legacy of giving to the community.

"Ian is an incredibly strong and positive individual and we are committed to getting him back to his passion for serving patients and all of the things in life he finds meaningful,” said Dr. Sanai.

About Ivy Brain Tumor Center
Ivy Brain Tumor Center at the Barrow Neurological Institute in Phoenix, AZ is a non-profit translational research program that employs a bold, early-phase clinical trials strategy to identify new treatments for aggressive brain tumors, including glioblastoma. The Ivy Center’s Phase 0 clinical trials program is the largest of its kind in the world and enables personalized care in a fraction of the time and cost associated with traditional drug development. Unlike conventional clinical trials focusing on single drugs, its accelerated trials program tests therapeutic combinations matched to individual patients. Learn more at IvyBrainTumorCenter.org. Follow the Ivy Brain Tumor Center on Facebook, Instagram, Twitter and LinkedIn.