Statement from C. Nicole Mason, President and CEO of the Institute for Women’s Policy Research 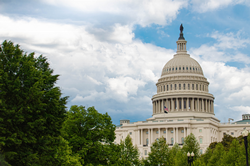 The Institute for Women’s Policy Research celebrates the inclusion of the Pregnant Workers Fairness Act (PWFA) in the omnibus government funding bill. When implemented, this bill will establish new protections against workplace discrimination for pregnant workers and ensure that pregnant women are not forced to choose between their health and their financial security.

This bipartisan bill, which passed the House in 2021 but has been held up in the Senate for over a year, requires employers to make reasonable accommodations for pregnant workers. PWFA is badly needed: between 2015 and 2021, there were over 20,000 pregnancy discrimination charges reported to the U.S. Equal Employment Opportunity Commission.

Pregnant workers deserve the chance to keep their employment without endangering their health or their pregnancy. IWPR commends the leadership of Senators Bob Casey (D-PA) and Bill Cassidy (R-LA) in securing the inclusion of PWFA, and we strongly support the passage of the Pregnant Workers Fairness Act as part of the omnibus government funding bill.