“The Beast of Babylon” from Christian Faith Publishing author J Wayne Anderson is a captivating narrative that follows Steven who grew up in a Christian home but does not buy into Christ’s power of Salvation as he now stands against a world where evil strongly resides. 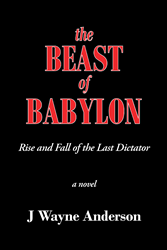 “The Beast of Babylon”: a humble portrayal of imagination combined with a bit of human nature as it tells tales of a heart devoid of the Holy Spirit’s power. “The Beast of Babylon” is the creation of published author J Wayne Anderson, a lifelong evangelical Christian. He lives in Deming, Washington, with his wife on a pristine sixty-acre farm shared by six Percheron draft horses.

Anderson shares, “A story told by Theology Professor, Steven Alexander who was raised in a Christian home not buying into the salvation offered by Christ, unveiling the last days of Satan’s pretense to sway from God’s truth. He relates his experience of being left behind after the rapture, including the ordeals from rejecting the mark of the beast, 666, during the tribulation. As Steven’s story unfolds he gives an accounting of the rise and fall of Satan, the Antichrist, and the False Prophet; telling it within the context of regret of not having accepting Christ when he had the chance. He now must endure the facing of a world without the Holy Spirit and in an existence of a world which God has allowed Satan full authority until his appointed days are over.”

Published by Christian Faith Publishing, J Wayne Anderson’s new book is a compelling reminder for others to start accepting the Savior in their life, and as well as, inspire everyone to listen and heed to His call as soon as possible.

View a synopsis of “The Beast of Babylon” on YouTube.

Consumers can purchase “The Beast of Babylon” at traditional brick & mortar bookstores, or online at Amazon.com, Apple iTunes store, or Barnes and Noble.

For additional information or inquiries about “The Beast of Babylon”, contact the Christian Faith Publishing media department at 866-554-0919.