Security risks are one of the biggest concerns related to the Internet of Things. Jason Hope releases statements today citing Tech Times piece warning that security risks must be addressed, especially in regards to predictions that the connectivity of devices could lead to the world's first online murder. 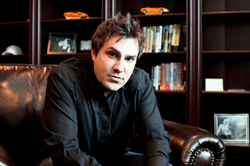 "I view the Internet of Things largely as a positive development," stated Jason Hope. "Yet this article, which explores the potential downside of ongoing connectivity, shows that it does pose some risks that have to be addressed.

The Internet of Things, this idea that the entire world will soon be connected digitally, is making things that were once subjects of science fiction into today's reality. Jason Hope and other futurists have been warning that security issues must be addressed if this is going to be part of the world's new reality. In a recent article on Tech Times, Europol's cybercrime experts predict that the first online murder could take place by the end of 2014.

According to the October 7, 2014 Tech Times piece, entitled "Internet of Things: Experts Predict First Online Murder Before End of 2014," 99 percent of the things in the physical world are still not connected online. Yet experts claim that those that are pose a huge risk. As more and more things come online the risk will increase.

"I view the Internet of Things largely as a positive development," stated Jason Hope. "Yet this article, which explores the potential downside of ongoing connectivity, shows that it does pose some risks that have to be addressed."

How high is this risk beyond the identity theft and credit card fraud that is running rampant today? Hackers have the potential to exploit weaknesses in the connectivity of medical devices due to security flaws in the very manufacturing of these items. Security flaws in medical devices, like pacemakers, would make it possible to kill someone by gaining access to wireless settings of the device. Europol's European Cybercrime Centre predicts that the first "online murder" using these weaknesses could happen in 2014.

"These security risks must be addressed, and they must be addressed soon," stated Hope. "While hacking into someone's pacemaker may not be very plausible, the fact that it could happen shows the current flaw in the Internet of Things. Manufacturers of these devices need to come together to set up global security protocols that will protect users."

Jason Hope serves the people of Arizona through his philanthropy efforts and technology expertise. An optimistic futurist, he believes in the power of the Internet of Things to help improve the human condition. Learn more about Jason Hope at http://www.jasonhope.com.