Jason Bad’s newly released “Heroes of Old” is a gripping novel about courage, belief, and a mission to save the world from the bad

“Heroes of Old” from Christian Faith Publishing author Jason Bad shares a thrilling quest of salvation that follows Dave as he begins to believe and builds up courage to stand against the darkness that has long been hiding in the world. 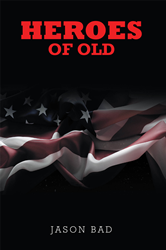 “Heroes of Old”: a potent tale about a man who is entrusted to become the hero who will save the world from completely falling into the pits of darkness. “Heroes of Old” is the creation of published author Jason Bad, a high school graduate who took on writing in the year of 2006. He has taken the initial steps to continue his work by taking two courses through the Institute of Children’s literature (ICL). As a new author, he continues his quest to improving his work through the writing world of writers alike.

Bad shares, “The first chapter of this book tells of prophetic events that are about to occur in New York City. The world as we know it will plunder into its darkest hour, and with no one to save Mother Earth, a hero will be renewed. From his nightmares, he will rise, unsure how he got to Saint Moses Hospital’s care in the first place.

“Strange but odd events start to reveal itself through Saint Moses Hospital, the nightmares becoming stronger. Dave watches helplessly and afraid of the dark images that made its presence known. He begins to believe. Not sure if he was dreaming or awake, he begins to wonder about the images in the night.

“That which was hidden in darkness has entered the world in its purest form. Unearthed from the grave they were bound to by the will of God. The task appointed to the one entrusted with the scythe of life and death is now taken by the task.”

Published by Christian Faith Publishing, Jason Bad’s new book is an interesting read that will surely grab the hearts of everyone, young and old alike, with this exciting tale following a life-changing mission. Will this hero succeed?

View a synopsis of “Heroes of Old” on YouTube.

Consumers can purchase “Heroes of Old” at traditional brick & mortar bookstores, or online at Amazon.com, Apple iTunes store, or Barnes and Noble.

For additional information or inquiries about “Heroes of Old,” contact the Christian Faith Publishing media department at 866-554-0919.