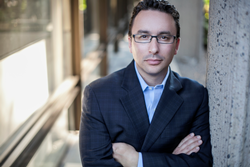 Foureyes, the sales intelligence software company, announced that veteran technology executive Jason Drucker has joined the staff as Chief Operating Officer (COO). Previously, Drucker was the Chief Revenue Officer of Zoom+ Care and President of ShiftWise where he demonstrated a consistent track record of developing and executing strategic direction to exceed the expectations of customers, employees, and investors.

In his role as COO of Foureyes, Drucker oversees all customer experience departments, including product, data science, marketing, and revenue. “Bringing compelling applications to market that deliver real value to customers is an unbelievably rewarding process,” says Drucker. “Getting to do that at Foureyes, a company that has already established its value in the marketplace, is an absolute pleasure. I look forward to helping Foureyes achieve the next stage in our continued expansion.”

“What I found most compelling about Foureyes was the passion it engenders, from customers and employees alike,” Drucker says. “It’s the kind of product that the market is waiting to fall in love with.”

CEO, David Steinberg shares Drucker’s optimistic outlook. "The Foureyes team is incredibly enthusiastic about Jason, his rubric for accountability, and attention to structure. Personally, I can’t wait to work together to further grow and expand Foureyes.”

Harnessing millions of data points to create actionable insights, Foureyes improves efficiency and sales outcomes for businesses of all sizes. Businesses can learn more about Foureyes by scheduling a demo or contacting Foureyes at (971) 352-3494.