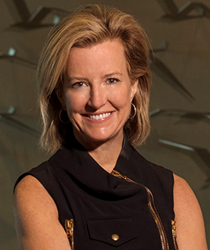 Jayne Millard, Turtle & Hughes Executive Chairman of the Board

These extraordinary women leaders have devoted their careers to championing women as employees and business partners. It is fitting that in Women’s History Month we can re-imagine possibilities for our organizations and each other as sisters in innovation and growth. --Turtle & Hughes' Jayne Millard

Jayne Millard, Executive Chairman of the Board of Turtle & Hughes, made women’s history of her own this month with her induction last night into the Women’s Business Enterprise Hall of Fame (WBEHF) in a virtual ceremony hosted by the American Institute of Diversity & Commerce (AIDC).

As a fourth-generation woman business leader of one of the largest privately-held electrical and industrial distribution companies in the nation, Millard was recognized for driving the company’s 21st century growth while deepening its commitment to diversity and inclusion among its employees and suppliers.

“Jayne Millard is a rare leader who has set a nearly 100-year-old company on the path to even greater achievements. While sustaining Turtle & Hughes’ history of women in management, she has also kept the company agile and inventive in a changing marketplace,” said Tom Trotter, AIDC Chairman and retired IBM executive, presiding over the ceremony.

“I am honored to join the extraordinary women leaders who have devoted their careers to championing women as employees and business partners. It is fitting that in Women’s History Month we can re-imagine possibilities for our organizations and each other as sisters in innovation and growth,” Millard said.

Now in its 12th year of celebrating women-owned businesses and their positive impact on the economy, the WBE Hall of Fame recognized 14 women who are both accomplished in their industries and outstanding advocates for women’s business development. Members of the Women’s Business Enterprise Hall of Fame include respected leaders from corporations, women’s businesses and nonprofits dedicated to economic growth through diversity.

Millard’s dedication to ensuring diversity and economic opportunity among Turtle employees was inspired by her mother who led the company before her, and great-grandmother who presided for 40 years after her husband’s death. Today, women make up one-third of Turtle’s workforce – exceeding industry averages – and extend to top management with CEO Kathleen Shanahan at the helm.

“Under Jayne’s leadership, the company has doubled in employees, ushered in a digital transformation and forged a new partnership to serve thousands of hospitals and health care centers across the country. At the same time, she has overseen a recreated workplace that has enhanced our productivity while ensuring the safety of our employees,” Shanahan said.

Inducting Millard into the WBE Hall of Fame were AIDC Vice Chairman Cheryl Stevens and Board member Betty Manetta who remarked on Millard’s commitment to nonprofit growth. “Jayne’s skilled guidance extends to organizations she has long believed in as a member of the board of The Martha Graham Center of Contemporary Dance and Make-A-Wish International.”

Having served in numerous roles over her three decades at Turtle, Millard became CEO in 2010 and Chairman in 2016, sharing the Co-CEO position with Shanahan in 2018, and last year becoming Executive Chairman of the Board, on which she has served since 1986.

For this dynamic impact in a traditionally male-dominated industry, Millard received the 2020 Women in Industry Trailblazer Award from the National Association of Electrical Distributors (NAED). For its collaborative culture, Turtle & Hughes was named the 2020 recipient of a Best Place to Work Award by NJ BIZ. Millard received the 2012 Ernst & Young Entrepreneur of the Year™ Award in New Jersey, and has served as a National Judge in this prestigious event.

She is also a member of the Women Presidents’ Organization and the Committee of 200 renowned for fostering, celebrating and advancing women's leadership in business.

About the WBE Hall of Fame
The WBE Hall of Fame (WBEHF) is a nonprofit organization launched in 2009 to recognize the contributions of women entrepreneurs in their communities, as well as their accomplishments within their industries. Through a network of women’s business development organizations, corporate and government advocates and women-owned enterprises, WBEHF spotlights best practices and insights, as women create businesses that help build a stronger economy. wbehf.org

About the American Institute of Diversity & Commerce
Dallas-based American Institute of Diversity & Commerce (AIDC) is a nonprofit 501(c) (3) organization that focuses on education, research, best practices, validation and recognition of performance in diversity and inclusion. AIDC was established to recognize and honor individuals and organizations — nonprofit and for-profit — that demonstrate outstanding performance in these areas.