Recent release “The Caller” from Page Publishing author Jeanie Creviston examines how David, a psychotic killer under the influence of his mother, finds a photo that is the center of this story. 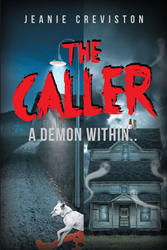 Jeanie Creviston, a mother and a woman who is sensitive to the world around her, has completed her new book “The Caller”: a riveting tale where Tom, Sydnie’s former lover, carried her photo next to his heart not knowing the peril it would bring to his beloved Sydnie, when it fell into David's hands.

Creviston writes, "David had just crossed the Indiana state line. He had stopped at a gas station where he filled his tank and called Sydnie. He drove to the nearest truck stop for breakfast. He placed
his order with a cute little, blonde waitress. The thought crossed his mind of adding her to his collection. But he knew he had someone special waiting for him. David knew Sydnie’s husband was out of town. He was the one who called and asked for Lynn’s father. Lynn had given him more than enough information. He knew her father’s name was Ed and that he would be gone for a couple of weeks. He placed his map on the table to locate the town of Markersville. He noticed Markersville was at the upper northwest part of the state. It looked like a small town that was fairly isolated. David felt that the small town would be to his advantage.”

Published by Page Publishing, Jeanie Creviston's gripping story explores how the photo of Sydnie was found in David’s six-by-eight jail cell while awaiting trial for murder.
Sydnie, who had supernatural powers, had no idea of the danger stalking her and her family. With each phone call, her fairytale life in the remote countryside was about to implode into darkness. It is in doubt whether Sydnie’s light can stand against David and the forces of evil.

Readers who wish to experience this riveting work can purchase “The Caller” at bookstores everywhere, or online at the Apple iTunes Store, Amazon, Google Play, or Barnes and Noble.

Page Publishing is a traditional, based full-service publishing house that handles all of the intricacies involved in publishing its authors’ books, including distribution in the world’s largest retail outlets and royalty generation. Page Publishing knows that authors need to be free to create – not bogged down with complicated business issues like eBook conversion, establishing wholesale accounts, insurance, shipping, taxes, and the like. Its roster of authors can leave behind these tedious, complex, and time-consuming issues, and focus on their passion: writing and creating. Learn more at http://www.pagepublishing.com.