Jeffrey Lance Abood has joined the exclusive Haute Lawyer Network by Haute Living with a concentrate in Criminal Defense and Family Law/Divorce in the Michigan area. 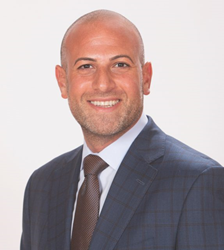 "His attention to detail has led him to lead counsel on a number of high-profile cases that have garnered international attention."

Jeffrey Lance Abood, a leading attorney in Criminal Defense and Family Law/Divorce in the Michigan area, has joined the exclusive Haute Lawyer Network by Haute Living.

The Haute Lawyer Network, well known for its exclusive and luxurious lifestyle publication Haute Living, is privileged to present Mr. Jeffrey Lance Abood as a member and expert in his field.

Based in Birmingham Michigan, Jeffrey practices in the areas of family law (including divorce, child custody, and support) and criminal defense (including alcohol and drug-related offenses and white-collar crime). Jeffrey is one of Michigan’s premier Divorce attorneys and is a favored litigator for nationally-known sports teams. He has handled cases before the Michigan Liquor Control Commission and Michigan Lottery Bureau, sat on the Criminal Justice Advisory Board of Wayne State University, and serves as General Counsel to Metro-Detroit non-profit organizations.

His contacts and relationships make him a force as a legal practitioner, and his attention to detail has led him to lead counsel on a number of high-profile cases that have garnered international attention, including the wrongful termination case of a teacher, a child custody dispute, and representation of high-profile professional athletes and elected officials.

In addition to being dynamic in the courtroom, he has authored numerous articles on the subject of divorce, and both local and national media regularly look to him to contribute to or opine on the subject. The courts, meanwhile, appreciate his skill and ability to resolve complex disputes. He is active in serving the community, and is a proud member of several charitable and community boards, and has served as a director of the Birmingham Bloomfield Chamber of Commerce.