Jesse Bradfield’s newly released “Arendelle Shield: Beginning of an End” is an enjoyable fantasy tale with layers of mystery and suspense.

“Arendelle Shield: Beginning of an End” from Christian Faith Publishing author Jesse Bradfield is a compelling coming-of-age journey as a young man with a dark past finds an unexpected calling with twists of fate and dangerous foes. 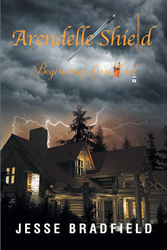 Bradfield shares, “The life of leaders and those who follow where life has said to have been an endless mystery all through time.

“Even in their youth, Anne and James knew their lives would not be of an Earthly norm like that of so many others around them. Left orphaned at the mere age of ten after his parents perished in a car crash, James quickly found himself desperate to survive the harsh winter in the city streets of New York City, but even where struggle would try its best to plague him, fate would be there to choose a different path—one far different to anything his Earthly world was accustomed to. Near starving and forced to thievery, the normality of an orphaned childhood would be quick to change by the rescue of Captain Jonathan Collins and Lyra Rishall, who both saw the boy for who he really was and would hopefully become.

“And in the time of defining who they really are decades later, James and his beloved Anne were to reawaken their past and take part in the protection of worlds, the defense against a Universal Imbalance and the understanding of how the worlds, like Earth, were about to experience something that would alter nearly every aspect of life. And where war progresses, the Great Battle is imminent where magic, the skill of FBI, travel to other worlds, family, and friendship need only prevail in the threat of coming darkness.”

Published by Christian Faith Publishing, Jesse Bradfield’s new book will have readers racing to see just what life has in store for James and Anne.

Bradfield crafts an engaging fiction within the pages of his flagship novel for the entertainment of readers from around the world.

Consumers can purchase “Arendelle Shield: Beginning of an End” at traditional brick & mortar bookstores, or online at Amazon.com, Apple iTunes store, or Barnes and Noble.

For additional information or inquiries about “Arendelle Shield: Beginning of an End,” contact the Christian Faith Publishing media department at 866-554-0919.