“Redbone 2: Beginning to End” from Christian Faith Publishing author Jimmie N. Barnes is an enjoyable adventure that finds Tim Jones back on the path of a dangerous foe as a compelling drama unfolds. 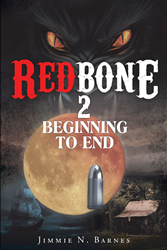 Barnes shares, “Tim Jones had found a victory against his demonic foe Chucaro, the son of the demon werewolf Redbone. He was sure after this battle that the world would be safe from these hell-spawn demons. But as it turns out, the battle has just begun. Tim finds he is faced with the same task as he had with Chucaro. The werewolf’s twin brother is now stalking him and his new bride Sally with the intent to enact revenge and take his bride as his own. A scratch from the previous conflict has marked Sally with the torment of the wolf, thus making her the first in this new century to be cursed as a she-wolf.

“Tim not only must find a way to protect and cure Sally but again face a foe of unearthly strength and power in order to save the world.

“The strength passed to Tim by James Mathew Trinton, the first to rid the world of these creatures, and the killing of Chucaro gives him an added fighting chance for peace here in our world. But in Tim’s own words, ‘Never underestimate the devil.’”

Published by Christian Faith Publishing, Jimmie N. Barnes’s new book will delight and entertain as readers race to see if Sally will be able to overcome her fate.

Barnes spins a fantastic tale within the pages of this equally satisfying sequel.

Consumers can purchase “Redbone 2: Beginning to End” at traditional brick & mortar bookstores, or online at Amazon.com, Apple iTunes store, or Barnes and Noble.

For additional information or inquiries about “Redbone 2: Beginning to End,” contact the Christian Faith Publishing media department at 866-554-0919.