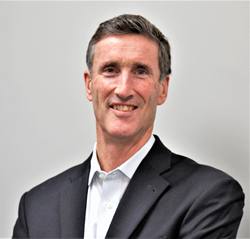 John has a tremendous level of experience that will make our great company even better. John has managed multi-million dollar projects and led large teams successfully for decades and is recognized as a strong leader in the maritime industry.

Long-time maritime executive John Gallagher has been named president of Gulf Marine, one of the Southeast’s leading tug-barge shipyards. Gallagher has more than 40-years experience in management, naval engineering, ship construction and ship repair. He is a graduate of the Webb Institute of Naval Architecture.

The Board of Directors of Hendry Marine Industries, Inc. appointed Gallagher president to replace Rick Watts who retired after 41-years.

“John has a tremendous level of experience that will make our great company even better,” said Mike Hendry, Managing Director of Hendry Marine Industries. “John has managed multi-million dollar projects and led large teams successfully for decades and is recognized as a strong leader in the maritime industry.”

During his career, Gallagher has worked on a mix of government and commercial clients, including the US Department of Defense, United Kingdom’s Ministry of Defense, Rolls Royce North America, British Maritime Technology, and Raytheon.

“I’m excited and honored to join Gulf Marine to help them build on their success,” said Gallagher. “Gulf Marine and Hendry Marine are well-known and widely respected for their quality work. I look forward to working with this great shipyard for many years to come.”

About Gulf Marine: Gulf Marine Repair (GMR) was formed by Aaron Hendry in 1988. Its core business is the repair, conversion and modification of large oceangoing commercial vessels, tugs and barges, dredges, small ships, harbor tugs, and U.S. Coast Guard, MARAD, USACE and NOAA vessels. Our customer base is throughout Florida’s Gulf Coast and Eastern United States. GMR has grown in prominence as one of the top yards on the Gulf Coast for the repair of articulated tug-barge units engaged in transporting liquid bulk chemical and petroleum products and dry bulk products.