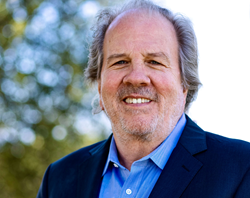 For me, each project is unique in itself, developing from the client’s needs and desires, and the host place in which it exists. Each project is individually handcrafted and molded, becoming timeless in nature, within a co-creative environment.

John’s passion has always centered around the creation of an “authentic experience” within the space in-between. He believes people around the world share common desires of family, community, and connecting with one another and their environments, as the foundation of creating memorable places. Some of his notable work include concept designs for Kanyon in Istanbul, Turkey; Canal City in Fukuoka, Japan; The Battery in Atlanta, GA and numerous other projects worldwide. His design and development for Universal City in Los Angeles, a master plan that has had considerable influence on the planning profession that laid the groundwork for Universal Citywalk, was dubbed the first “urban entertainment district,” inspiring a brand new model in urban development.

With current projects slated in the US, Europe and Asia, John looks to continue making his mark around the world. “For me, each project is unique in itself, developing from the client’s needs and desires, and the host place in which it exists. Each project is individually handcrafted and molded, becoming timeless in nature, within a co-creative environment,” says Simones. “This collaboration creates a visceral sense of place, unfolding the storyline of what each project wants to be.” John established these guiding principles to provide strategy and focus, leading the design process toward successfully achieving clients’ goals.

John joined the Jerde Partnership in 1983 to work under his soon-to-be mentor, Jon Jerde, on the design of the Los Angeles Olympics. Since that time, John became one of Jerde’s leading Architects and Urban Designers, working on the firm’s most complex and innovative projects, while evolving the philosophy of placemaking design around the world. After 37 years at Jerde, and wearing many hats, including Director of Design, CEO, and Chairman, John Simones will now be looking to fully concentrate on his designs, committed to ensuring the best products and services for his clientele.

About John Simones Architect:
John Simones Architect is an Architecture and Urban Development Group located in the South Bay area of Los Angeles, CA and retains a strategic alliance in Shanghai, China. John is a member of the American Institute of Architects, Urban Land Institute, and International Council of Shopping Centers, of which he is a jury member for the prestigious VIVA Awards. John has lectured and participated at conferences and universities globally, and has won numerous international competitions and awards throughout his career.