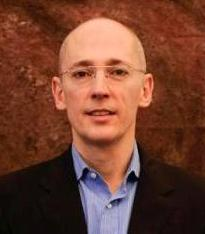 Britannica and Merriam-Webster have a key role to play in surfacing sound and reliable information on the Internet today and in helping people make sense of today’s complex and fast-changing world. We will continue to strengthen our skills and resources to provide compelling learning experiences.

The Britannica Group today announced the appointment of Jorge Cauz as the company’s chief executive officer.

Cauz, who led Britannica until 2017, has remained active with the company in the time since, including serving as a member of the board of Encyclopaedia Britannica, and chairing the board of Britannica’s sister company, Britannica Knowledge Systems, while also pursuing other business ventures. He will again be the company’s most senior executive, and all of the company's operations worldwide, including Merriam-Webster and Melingo, will report to him.

He previously directed Britannica and Merriam-Webster’s transformation into popular digital media destinations, expanded Britannica’s role as a provider of digital supplemental curriculum products, and presided over the sunsetting of the famous Encyclopaedia Britannica print set, which ceased publication in 2012, after 244 years.

Cauz plans to continue the company’s rapid growth in the vast and growing casual-     learner and lifelong-learner consumer markets, and in the global PreK-12 education market.

“Britannica and Merriam-Webster have a key role to play in surfacing sound and reliable information on the Internet today and in helping people make sense of today’s complex and fast-changing world,” said Cauz. “We will continue to strengthen our skills and resources to provide the most compelling learning experiences to lifelong learners, students and educators.”

Cauz joined Britannica as a consultant in 1996, served as senior vice president, international operations, and later as chief operating officer of Internet operations, eventually     leading the entire organization. He began his career as a management consultant, holding positions with Andersen Consulting and A.T. Kearney. He is a graduate of the Kellogg Graduate School of Management of Northwestern University.

About The Britannica Group
The Britannica Group is a global knowledge leader. A pioneer in digital learning since the early 1980s, the company today serves the needs of students, educators, lifelong learners and professionals by providing curriculum products, language-study courses and digital encyclopedias through its extensive product line.

The company has continued to redefine information discovery and education technology. Its digital properties attract more than 130 million casual learners every month, and it serves 150 million students in 156 countries and in 16 languages. Britannica’s mission is to inspire curiosity and the joy of learning. The company is headquartered in Chicago.