“Firedance” from Christian Faith Publishing author Joseph Padgal is a hair-raising novel of a man whose unexpected nightmare of his past brings turmoil to himself and his loved ones. 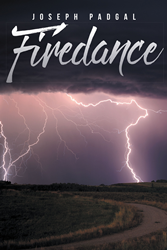 “Firedance”: a spine-tingling narrative about Michael Jacobson and his aberrant nightmare of his family’s past that deeply impacts his personal relationships. “Firedance” is the creation of published author Joseph Padgal, a retired post office employee and a disabled Vietnam war era veteran.

Padgal shares, “This story takes place in the present, on Baker's Island, located just off the coast of Lake Michigan on the west upper part of the state’s lower peninsula, near the small town of Crandon.

“On the north shore of the island sits the homestead of Michael Jacobson the main character of the story. His wife Cindy and their two daughters Abby and Sarah live with him in an 1850s era home that has belonged to several generations of Jacobsons.

“By nature, Michael is a good husband and father to his older daughter Chris who is presently away at college, and his two younger daughters who live with him now.

“Michael is a good pilot and makes his living flying. His wife Cindy is a vivacious woman who loves her husband and daughters, is creative and operates her own little enterprise along with another woman in town.

“Then, one summer night a terrible thunderstorm causes Michael to have a nightmare about an event in his family’s past. Hurtful emotions that he had buried inside himself began to surface. His wife is confused and frightened by what is happening. Two days later, Michael’s sister suddenly calls after twenty years saying she has been having dreams about the same event. A counselor gets involved as other strange events began to happen. Chris suddenly shows up from college, unaware of the turmoil. Suddenly a mysterious woman shows up out of nowhere at the home one day, causing confusion in the family.

“Then, one night, Michael is asked to make a mercy flight…”

Published by Christian Faith Publishing, Joseph Padgal’s new book shows a man’s struggles of coping with a daunting past all while keeping his family from further confusion and distress.

Readers will surely be enthralled with every page as they anticipate the outcomes of Michael’s actions that can either save or break his life and sanity.

Consumers can purchase “Firedance” at traditional brick-and-mortar bookstores or online at Amazon.com, Apple iTunes store, or Barnes and Noble.

For additional information or inquiries about “Firedance,” contact the Christian Faith Publishing media department at 866-554-0919.