“The Madonna Lily” from Christian Faith Publishing author Joseph Rasberry is a compelling narrative that follows Jewish siblings Yitzakh and Naomi as they flee the Warsaw Ghetto and meet unexpected situations that challenge their courage, belief, and faith. 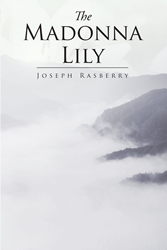 “The Madonna Lily”: a gripping novel about the wars of life and the battles of years past. “The Madonna Lily” is the creation of published author Joseph Rasberry, a bee keeper and wood worker. He is currently working on his second novel and expects completion in late 2020. He resides in eastern North Carolina with his wife Mitzi.

Rasberry shares, “Yitzakh and Naomi, brother and sister, escaped the Warsaw ghetto in 1942. The two Jews were drawn to what their father repeatedly called their homeland, Palestine.

“As they stepped upon the shore of their new home, two strong but different forces ensnared them. Naomi fell in love with a quiet Arab introduced as Anwar. Yitzakh felt the land absorb him and consume his soul. A longed-for peace seduced the two but soon vanished as World War II engulfed the area. The Nazis that pushed Yitzakh and Naomi from Warsaw now forced Anwar and Naomi away from their home. Made to live in western Syria, the young couple produced a son, Abraham. However, his future was denied his mother. The former ‘Ghetto Rat,’ Yitzakh, was forced back to violence, a partisan’s life, and into a tenuous partnership with a strong ruthless Arab named Hafez.

“The war ended, and Palestine soon became the State of Israel and the once partisan comrades became enemies of necessity. In 1967 Syria and Israel clashed in the Golan, and Abraham, Anwar, Yitzakh, and Hafez became embroiled in a vicious plot to destroy one country and solidify the strength of another. A master’s chess game of violence began and under the direction of the two former comrades, all became pawns.

“An unforeseen element, with roots that mimicked Yitzakh and captured Abraham as surely as Anwar had captured his mother, entered the clash.

“It would take all of Yitzhak’s guile, ferocity, and love to save his country without destroying the ones he held dear. Hafez, as well as voices and memories from the past, haunted the old Jew, as the two warriors moved elements of their world to face and destroy each other.”

Published by Christian Faith Publishing, Joseph Rasberry’s new book is a profound read through the triumphs and struggles of people whose faith and courage were put to test when waves of unforeseen battles stood in front of them.

View a synopsis of “The Madonna Lily” on YouTube.

Consumers can purchase “The Madonna Lily” at traditional brick & mortar bookstores, or online at Amazon.com, Apple iTunes store, or Barnes and Noble.

For additional information or inquiries about “The Madonna Lily,” contact the Christian Faith Publishing media department at 866-554-0919.