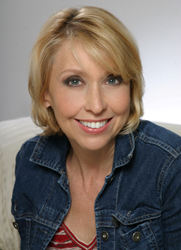 Julie Halston, PFF Board of Directors

“I am deeply honored and grateful to join the Board of Directors of the PFF. I look forward to playing a larger role in the crucial work leading to improved treatments, research and care for those living with this devastating disease,” said Halston.

The Pulmonary Fibrosis Foundation (PFF), the nation’s leading pulmonary fibrosis (PF) patient education and advocacy organization, has appointed actress and comedienne, Julie Halston, to its Board of Directors. Halston has supported the PF community for 10 years as host and a founder of the annual Broadway Belts for PFF! benefit in New York City.

Pulmonary fibrosis is a progressive, debilitating lung disease with different causes that affects more than 200,000 Americans. Over 50,000 new cases are diagnosed annually. There is no known cure.

“I am deeply honored and grateful to join the Board of Directors of the PFF. I look forward to playing a larger role in the crucial work leading to improved treatments, research and care for those living with this devastating disease,” said Halston, who is best known for her Broadway roles in Tootsie, Hairspray, Gypsy and You Can’t Take It With You.

Broadway Belts for PFF! features legendary Broadway stars who sing their favorite show tunes in a gala evening benefiting the PFF. Since its inception in 2010, the event has raised more than $2 million and is now the PFF’s single-largest fundraiser.

“Julie has generously devoted herself and has inspired many Broadway celebrities to help raise awareness and funds for PF research and patient programs,” said George Eliades, Chair of the PFF Board of Directors. “She is a talented and passionate advocate for our community and we are delighted to welcome her to the PFF board.”

In 2010, Halston joined Broadway friends D. Michael Dvorchak, Sue Frost, and Ed Windels, in creating a memorial tribute to honor long-time Associated Press theater critic, Michael Kuchwara, who had succumbed to PF. Halston’s late husband, Ralph Howard, was battling PF at the time Halston came on board as emcee for the show. He received a life-extending lung transplant that year. Howard passed away from complications from the disease in 2018.

About the Pulmonary Fibrosis Foundation
The Pulmonary Fibrosis Foundation (PFF) mobilizes people and resources to provide access to high quality care and leads research for a cure so people with pulmonary fibrosis will live longer, healthier lives. The PFF collaborates with physicians, organizations, patients, and caregivers worldwide. The PFF has a three-star rating from Charity Navigator and is a Better Business Bureau and National Health Council accredited charity. For more information, visit pulmonaryfibrosis.org or call 844.TalkPFF (844.825.5733) or 312.587.9272 from outside the U.S.