As the Internet becomes a lifeline utility, what is the impact on network operators? 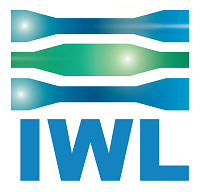 "For network operators, the Internet is more than a bundle of interesting technologies, it is a collection of duties and responsibilities."

IWL announced today that Karl Auerbach, its Chief Technical Officer, will deliver one of the keynote addresses at the North American Network Operator’s Group (NANOG 77) on Tuesday October 29th at 10:00 a.m..

The keynote address is “As the Internet becomes a lifeline utility, what is the impact on network operators?”

Keynote Topic
Users and businesses are increasingly entrusting their health, safety, private affairs, and finances to the Internet. The public perceives the Internet as a lifeline grade utility. For every network outage, the public will blame network operators. What can be done? What standards of care will apply? What will be mandated?

About Karl Auerbach
Mr. Auerbach is a California attorney and Internet protocol engineer who made many significant contributions to the development of the Internet, Internet governance and the commercialization of many internet technologies.

In the 1970s, at System Development Corporation (SDC) , Mr. Auerbach designed and implemented some of the first operating systems and networks based on formal security models.

In the 1980s and 90s, Mr. Auerbach founded two Internet startup companies and was closely involved with others, including Precept Software where he architected and implemented IP/TV, a pioneering product for internet distribution of entertainment grade video over the internet.

Mr. Auerbach was a senior researcher in the Advanced Internet Architecture group in the Office of the Chief Strategy Officer at Cisco Systems.

In the 2000s, Mr. Auerbach was the first (and only) North American publicly elected member of the Board of Directors of ICANN, the Internet Corporation for Assigned Names and Numbers.

Mr. Auerbach is a member of the Intellectual Property section of the California State Bar; served on the board of directors of the Open Voting Consortium; co-founded the Boston Working Group, a public policy organization devoted to democratic Internet governance; participates as a member of the volunteer Internet Engineering Task Force (IETF), and is also a “Pioneer Member” of the Internet Society.

Mr. Auerbach has testified about Internet protocols and policies before Congress on several occasions.

Mr. Auerbach was the Caltech-Loyola Law School Program for Law & Technology Yuen Fellow, speaking on the importance of internet governance.

About IWL
IWL creates products and solutions for DevOps teams to test and deploy apps and devices in the cloud, the internet, and mobile networks. Our network emulation products mimic the types of conditions an app or device would encounter on a real-world network. Our protocol testing products test apps and devices for conformance and robustness to industry standards.