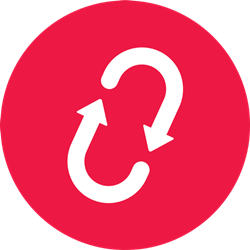 Confirmation conveys recognition of a project’s success in meeting the goals of the pilot process and a commitment from the OpenStack Foundation to continue supporting the project. When evaluating a pilot project for confirmation, the Board of Directors considers, among other factors, whether the project can demonstrate the following:

“Kata Containers and Zuul are two exciting, highly useful software projects that are solving real-world problems for users by delivering production infrastructure with open source components,” said Allison Randal, board member, OpenStack Foundation. “In recognizing Kata Containers and Zuul as confirmed Open Infrastructure Projects, we are acknowledging the stability and maturity of these software projects and celebrating the growth and momentum of their respective collaborative communities.”

“The confirmation of our first two pilot projects represents a significant milestone for the OpenStack Foundation as it pursues a broader mission of helping open source infrastructure communities collaborate and thrive,” added Alan Clark, chairman of the OSF Board of Directors. “Kata Containers and Zuul are the first pilot projects to be ‘incubated’ under the nurturing philosophies and culture of the OSF, which have been honed over the past 9 years as we have guided the OpenStack software project from its infancy to become one of the world’s largest and most engaged open source communities. It’s exciting to see this collective expertise applied to the benefit of new projects and to see our community expand its impact and innovation through collaboration.”

Kata Containers: The Speed of Containers, the Security of VMs
Kata Containers enables a secure runtime underneath popular container technologies like Kubernetes and Docker, with lightweight virtual machines that feel and perform like containers, but provide stronger workload isolation using hardware virtualization technology as a second layer of defense.

Kata Containers became an OSF pilot project in December 2017 and was confirmed on April 8, 2019. During this time,

Zuul: Stop Merging Broken Code
Zuul uses project gating to automate continuous integration, delivery and deployment of interrelated software projects in a secure manner, while delivering sophisticated project gating, especially in scenarios involving multiple repositories with integrated deliverables. Zuul is built for a world where development, testing and deployment of applications and their dependencies are one continuous process.

Zuul became an OSF pilot project in May 2018 and was confirmed as an Open Infrastructure Project on April 28, 2019. During this period,

About the OpenStack® Foundation
The OpenStack Foundation (OSF) supports the development and adoption of open infrastructure globally, across a community of nearly 100,000 individuals in 187 countries, by hosting open source projects and communities of practice, including datacenter cloud, edge computing, NFV, CI/CD and container infrastructure.