Keith Berglund has joined the exclusive Haute Lawyer Network by Haute Living as an expert in Entertainment/Business in Los Angeles, California. 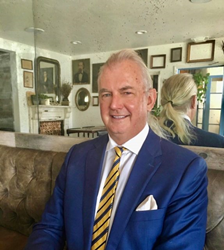 Mr. Berglund’s significant and diversified financial, litigation and Wall Street legal background has allowed him to represent a wide variety of clients across several industry sectors

The Haute Lawyer Network, well known for its exclusive and luxurious lifestyle publication Haute Living, is privileged to present Mr. Berglund as an expert in his field, and our newest addition to the Haute Lawyer, members-only network.

ABOUT KEITH BERGLUND
Keith Berglund, principal and founder of The Berglund Group, has been practicing law since 1983. For over 37 years, Mr. Berglund has been a zealous advocate and consultant for corporate and high net worth individuals with a focus on complex commercial, entertainment, litigation and debt restructuring related matters – with a special emphasis in Europe (Mr. Berglund was with the Royal Danish Consulate for three years), the Pacific Rim and Latin America.

Mr. Berglund was nominated to West Point in 1975 and subsequently received his Bachelor of Science (concentration in finance) in Business from Eastern Illinois University in 1979. Mr. Berglund then earned an M.B.A. (concentration in finance/accounting) and his J.D. with honors (top 5%) from DePaul University in 1983. Mr. Berglund was a trust analyst with The Northern Trust for three years and worked for a Fortune 100 company as a financial analyst prior to entering law school. Mr. Berglund also participated in the exclusive 2019 Harvard University Executive MBA Program – “This Business of Entertainment, Media and Sports.”

Mr. Berglund is a member of and licensed with the California, Illinois and Georgia Bar Associations and is ranked AV Preeminent by Martindale-Hubbell. Further, Mr. Berglund has been rated within the top 5% of lawyers in California by Super Lawyers and has received a number of other accolades for high performance in the profession.