Kevin Dobson, TV Star of Kojak and Knots Landing and Veterans' Advocate Passed Away at 77 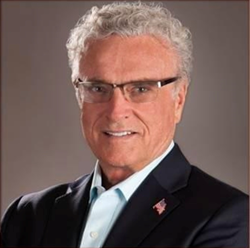 Actor Kevin Dobson, passed away at 77, starred in Kojak, Knots Landing, Shannon and many TV movies and motion pictures; served twice as Chairman of the VA's National Salute to Hospitalized Veterans.

"If you love America, Thank a Vet,"

Kevin Patrick Dobson, actor and advocate for Veterans’ causes, died peacefully in Stockton, California, at age 77 surrounded by his family. A deeply caring man, Kevin was a devoted husband, father and grandfather, cherishing his loving family above his many outstanding professional and charitable accomplishments, the family announced today.

A former Military Policeman in the U.S. Army, he was Chairman of the Veterans Committee of the Los Angeles Screen Actors Guild. Known in the military community for his frequent visits to VA facilities across America to help vets, Kevin twice served as Chairman of the VA’s National Salute to Hospitalized Veterans and was recognized for his volunteer work by President George H.W. Bush in a private meeting in the White House Oval Office. Kevin also hosted the Veterans Inaugural Balls for Presidents Bush (41) and President Clinton (42). For his work to promote volunteerism at VA Medical Facilities, he received the AMVETS Silver Helmet Award for Americanism, the highest recognition given by a veteran organization.

Before acting, Kevin was a Conductor on New York’s Long Island Railroad and would often be asked to call out station names when appearing on TV and radio talk shows. Just before his big break in Hollywood, he was working night shifts as a fireman on the Santa Fe Railroad in California.

Kevin won ABC-TV’s First Celebrity All Stars Competition for his athletic ability and was a lifetime fan of the Los Angeles Dodgers. He played celebrity baseball games in most major league stadiums in America to raise money for various charities, including for homeless shelters where he often volunteered. Additionally, he and his wife hosted the Kevin Dobson Celebrity Golf and Tennis Tournament benefiting the John Wayne Cancer Institute for five years.

He is survived by his wife Susan, their daughter Mariah and sons Patrick and Sean (Meghan) and grandchildren Brady, Stella, Marlowe, Tiegan and Rylan. Kevin is also survived by sisters Jane and Mary, brothers Brian and Dennis and by many nieces, nephews and extended family. He was predeceased by brothers James and Ronald.

Born in Queens, New York to parents Rita and James Dobson on March 18, 1943, he passed away on September 6, 2020. In lieu of flowers, as Kevin would prefer and always said, "If you love America, Thank a Vet."