Mold in Ridgway Rescue Squad building reportedly caused the unit thousands of expenses. My Cleaning Products gave out a number of tips to help others kill mold quick and avoid such a costly problem. 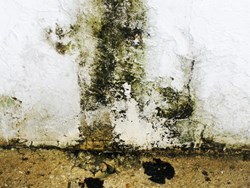 ...of that many mold sprays, MCP only recommended Molderizer and Safe Shield. It asserted that they are the best to get as both are effective and safe.

The mold at Ridgeway Rescue Squad building left the unit with thousands worth of a problem. In connection with it, My Cleaning Products gave out tips how others can kill mold quickly and save themselves from such a huge expense.

A report from wsls.com published on February 04, 2014 related that the squad members have already spent $60,000 to $80,000 of their own money for some de-construction in the building in order to stop the fungus from further spreading. However, it detailed that some $200,000 worth of repair was still needed. And though the Henry County Board of Supervisors appropriated $95,000 to help them, it cited that it would only cover almost just half of the expense.

The report relayed that the fungus was discovered in the squad's building last year. It added that poor construction resulting to water leaks was determined as the cause of its presence.

There were13 types of mold identified in the place, said the report. Some of them, it shared, were deemed dangerous to health. And so, to protect the health of rescue workers, the basement, kitchen and other areas affected by mold were temporarily closed while the repairs were ongoing.

Below is an excerpt from the post Mold Hit Ridgeway Rescue Squad by My Cleaning Products.

“Mold hit Virginia's Ridgeway Rescue Squad building. And needless to say, it caused the unit a number of problems, including thousands of expenses for damage repairs.

The fungus was discovered last year. According to squad president Darren Lockridge, there were 13 types of it found in the basement, kitchen and other areas of the building. Some of them, he added, were deemed harmful to health.”

According to My Cleaning Products, mold remediation is imperative. And as it said, that's because its presence could bring in not just various health threats but also big expenses.

However, it stated that in order for a huge mold spending to be truly prevented, the treatment must be early implemented. That, it explained, will stop spores from further spreading and damaging more space and items.

But to be able to do that, My Cleaning Products advised the public to learn the mold signs and to be wary of them. That, it said, is a great help to detect mold presence early. Additionally, it stated that one must get a mold removal spray so immediate remediation could be implemented much easier and faster.

Nevertheless, of the many mold removal sprays, MCP only recommended Molderizer and Safe Shield. It asserted that they are the best to get as both are effective and safe.

The company elaborated that the two solutions are made with organic ingredients. Hence, they release no chemicals that could harm anyone's health. Moreover, it stated that they offer a complete and effective mold removal process as Molderizer could kill mold spores from the root to the tip, whereas, Safe Shield could block the re-infestation of them.

To see how well they work, MCP urges everyone to get the Complimentary Samples of Molderizer and Safe Shield at mycleaningproducts.com.