Wisdom Rock Foundation announced today it is launching Kosi Radio Voice a radio program that begins this Sunday, December 13, 2020, with a series of talks entitled Cracking the Jesus Code - The Twelve Days of Christmas. This discussion is not your typical nativity story. It transcends time and space serving as a catalyst for the direct experience of the profound teaching hidden in the ancient story of the Virgin Birth. 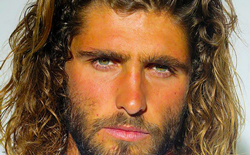 What is the secret meaning of the Virgin Birth?

What if the birth of Jesus is the dawn of an evolutionary consciousness that is more relevant now than it was over two thousand years ago? What if the ancient secret of the virgin birth contains the power to end eons of suffering?

Naturally, the age-old story of the birth of Jesus is well known, but most of us are far too busy to even notice the significance or even contemplate the deep life-changing message of his miraculous birth. Let's face it, for many of us around the world, the birth of Jesus has been reduced to a cheap plastic nativity scene with flashing lights, and for some, even this caricature has been rendered meaningless and irrelevant in comparison to the struggles faced in the midst of the COVID-19 Pandemic. But is Jesus really just some ancient story or something much more mysterious? What if the birth of Jesus is the dawn of an evolutionary consciousness that is more relevant now than it was over two thousand years ago?

What if the ancient stories of the Bible aren't actually ancient at all? What if it represents the continuum of the tapestry of life meant to reveal the vast unseen omniscient quantum intelligence of the entire universe? What if it was never meant to be read as a story that happened long ago in some ancient time or seen as a movie that has nothing to do with everyday life? What if there is a secret message hidden in the cryptic language that is actually meant to be seen, felt, tasted, and touched as a living breathing experience right here and now?

The holographic nature of the miraculous events captured in the time-worn pages of the Bible contains an ancient secret that lies beyond the words as an evolutionary perspective that unfolded and is unfolding right now—a transmission of the unseen omniscient light that transcends time and space. What if there is a secret message contained within this story with the power to end eons of suffering? What if this ancient text actually springs to life at this moment dancing with a fresh aliveness right her now? What if the virgin birth is actually a living presence pregnant with the great secret of eternal life? What if this secret actually represents the lost ark of the covenant?

Christian or not, Jesus is often shrouded in the baggage of disappointment, outrage, and even fierce disgust generated by centuries of conflict, politics, religious dogmas, prejudice, and the base ignorance that swirl around him like a black tornado. The general disgust imposed on the collective psyche by the seemingly endless news of corrupt priests and their depraved actions, as well as the subsequent cover-up, only serves to feed this collective angst. The horror of the intense trauma perpetrated by sinister priests continues to be shrouded in secrecy and corruption leaving everyone with the uneasy feeling this monstrous behavior continues unabated. The heartbreaking reality of this corruption is it locked Jesus in a prison of dogma, despair, cynicism, and suspicion. But does Jesus really deserve to be imprisoned by this dogma of despair and depravity?

What if the Bible actually isn't Christian? What if there is a secret code contained with the holographic language of the Bible that has the innate power to end eons of suffering? What if it is actually a message that is transcendent of space and time and the limited construct of religion, religious ideologies, and dogma? What if it is possible to be an active participant in the miraculous events that unfolded, are unfolding, and will always unfold as the continuum of life that reveals the vast unseen intelligence of God? Perhaps this unique perspective is the key that unlocks the ancient mystery of salvation—the great secret of eternal life?

On Sunday, December 13, 2020, the space-time continuum will collapse as the mother of Jesus is born into this moment on her fateful journey to give birth to a new consciousness. For twelve days, starting this Sunday, and every day leading up to Christmas, this conversation will unfold in the present moment leading up to the miraculous inception and birth of Mary’s son—Emmanuel—God With Us.

This conversation is an adventure of danger, secrecy, and intrigue that is so much more than the boring nativity story told and retold throughout the centuries about the baby Jesus in a manger. It frees Jesus from the box of dogma and connects the ancient prophecies to the present moment as a living eternal truth. Not as some conceptual idea, but rather as a visceral experience of the love and peace that surpasses all understanding.

Imagine what it would be like to travel with Mary on her fateful journey that changed the world? What would be like to be in the presence of an Archangel? For that matter, who or what is an Archangel? And what is the hidden reason for his shocking appearance? What is the real reason the Magi Kings risked everything to be a witness of the divine birth of a child prophesied to be King of Israel? What is the secret message hidden in the words? Is this timeless adventure really just an old dusty story or is it so much more than a mere story?

Christian or not, the tiny baby born in a manger one star crossed night is an Avatar of God—the divine messenger—who was, is, and will always be born to bear witness to the eternal living truth—a new and mysterious covenant destine to change, is changing, and will forever change the world.

This is more than a conversation. It is a catalyst for the direct experience of that which no word or words can ever express, but mysteriously can be felt in the very depths of the heart. It is a conversation, an inquiry, and a guided meditation that reveals the eternal presence of peace that simply defies description.

To join in this adventure of light, love, and the direct experience of the peace that surpasses all understanding, please tune in to the conversation during the twelve days of Christmas leading up to December 25, 2020 on Kosi Radio Voice.