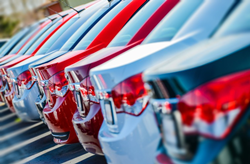 Car shoppers looking to purchase a pre-owned Nissan vehicle can find more than 70 currently available on the lot at the Krenzen Auto Group dealership. Pre-owned vehicles include sedans, crossover SUVs, and other body types.

Shoppers looking to buy a recent Nissan Pathfinder can find eight on the Krenzen lot. These vehicles range from the 2017 model year to the 2019 model year, with prices ranging from as low as $19,998 to as high as $28,500.

The majority of pre-owned Nissan vehicles at Krenzen are Nissan Rogue vehicles. With almost 50 Rogue models, customers can find the crossover from as early as the 2016 model year to as recent as the 2020 model year and every model year in between. Prices for the Rogue range from $10,998 to $23,500. A 2018 Nissan Rogue Sport is also being sold for $21,998.

Two pre-owned Nissan Sentra vehicles can be found on the Krenzen lot. Both belong to the 2017 model year and are each priced at $11,998.