With the success of the Johnson #2 well and other projects, Kroh Exploration is looking at more real estate. 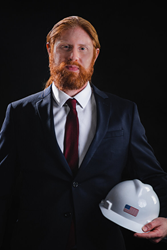 Currently, one of Kroh Exploration’s main focuses is on the Johnson #2. The gas well is located in Wise County in North Texas. It was originally drilled as a Barnett well back in the mid-2000’s. Reworking the well was a little risky and proved to be challenging. CEO/Founder Brett Kroh stated, “We went to battle with this well. We almost lost it due to some fracturing issues, but came out ahead! It is now producing gas consistently.”

The current high gas prices are attractive to oil and gas companies. “The higher the price, the higher the profit. It helps to justify the cost of drilling brand new wells and reentry projects,” said Kroh. It is always less costly to do a reentry as opposed to drilling a new well, which is obviously beneficial. Assets acquired when gas prices were low are now bringing great success to Kroh Exploration. VP Jeremy “JB” Yowell said, “Now is definitely the time to turn these wells on to generate cash flow.”

With the success of the Johnson #2 well and other projects, Kroh Exploration is looking at more real estate. They are currently in talks to purchase 1,000 acres in North Texas for potential reentry jobs and digging new wells. “We’re excited to see the possibilities of this new acquisition,” said Kroh. The company plans on continuing to expand and to drill more wells in Texas.