Kurt Burke’s newly released “Sailor Story” is an arresting story of a man’s perilous missions overseas that might decide the fate of the Civil War.

“Sailor Story” from Christian Faith Publishing author Kurt Burke is a consuming tale of a sailor and his use of wit and mendacity to accomplish his tasks in tipping the upshot of the Civil War. 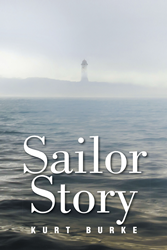 “Sailor Story”: a rousing novel that follows the toils of John Carlile, a well-off surgeon turned mercenary thrust in the dangerous circumstances of carrying out missions that could askew the aftermath of the Civil War. “Sailor Story” is the creation of published author Kurt Burke, a prolific historian and researcher from Washington State and a semiretired US marine officer, social worker, and mental health counselor.

Burke shares, “John Carlile is the scion of an affluent Baltimore merchant family that sees customs regulations as mere suggestions, especially when it comes to transporting weapons and liquor. Sent off to school in Richmond, Virginia, he finds a love interest. When things go wrong, John escapes to the sea. After the storms swirling about his departure finally calm, he returns home to study medicine.

“With the outbreak of the Civil War, John travels to Richmond, answering a call to become a surgeon with the fledgling Confederate fleet. To his dismay, John finds the navy more interested in his shady business connections than his abilities as a sailor or physician. Sent to neutral England to secretly assist in building and outfitting vessels for the war, John arranges a coveted post aboard the infamous commerce raider, the CSS Alabama. After a short but eventful voyage, he finds himself back in England at his old post. He is then conscripted into a world of mystique and intrigue as a courier for the Confederate Secret Service.

“His reluctance to adhere to the more barbaric directions of his superiors results in his assignment to their more improbable (and dangerous) ventures. John weaves his way through danger and deceit using his wits and spinning sailor yarns just believable enough to outfox his foes, on missions that could change the outcome of the war.”

Published by Christian Faith Publishing, Kurt Burke’s new book witnesses the ordeals of a man in the age of strife and conflict that places him in compromising events that could shift the war’s conclusion.

This book inspires thrill and anticipation as readers embark on a journey of cleverness and resolve to survive a catastrophic era.

Consumers can purchase“Sailor Story” at traditional brick-and-mortar bookstores or online at Amazon.com, Apple iTunes store, or Barnes and Noble.

For additional information or inquiries about “Sailor Story,” contact the Christian Faith Publishing media department at 866-554-0919.