After more than a year of our dedicated congressional outreach, CAARE is proud to announce that The Humane Research and Testing Act of 2020 has been introduced by Representatives Alcee Hastings (D-FL) and Vern Buchanan (R- FL). If passed into law, the bill will establish the National Center for Alternatives to Animals in Research under the National Institutes of Health (NIH). 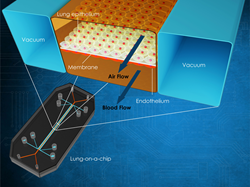 “CAARE is grateful to Representatives Hastings and Buchanan for introducing this legislation that has great promise to change the current paradigm of routine use of animals in laboratories when there are available alternatives, by establishing a center exclusively for that purpose.”

A New York-based nonprofit group, CAARE, that led the drive to create legislation to promote “cutting-edge methods” of research superior to animal-based testing, today lauded the announcement that the “Humane Research and Testing Act of 2020” has been introduced in Congress.

Barbara Stagno, president of Citizens for Alternatives to Animal Research & Experimentation, commends the effort, noting: “CAARE is grateful to Representatives Hastings and Buchanan for introducing this legislation that has great promise to change the current paradigm of routine use of animals in laboratories when there are available alternatives, and gives real impetus to reducing animals by establishing a center exclusively for that purpose.”

The "Humane Research and Testing Act of 2020" would create a “dedicated center under the National Institutes of Health (NIH) to provide resources, funding and training to advance humane, cost-effective, and scientifically suitable non-animal methods,” Stagno added.

Because the exact number of animals used in U.S. research is unknown, ranging between 17 million and 100 million annually, the “Humane Research and Testing Act of 2020” is also designed to obtain that data, and requires the NIH to outline a plan for reducing those numbers.

Congressman Hastings, the leading sponsor points out: “As science and medicine advance, we have a better understanding of the relevancy and benefits of animal-based medical research and testing on human health outcomes. We are finding methods that can better predict human results without the needless suffering of animals. This legislation will not just reduce animal testing and research but will ultimately improve medical treatments for humans as they are developed from beginning to end primarily with test subjects that replicate human biology and physiology.”

CAARE is excited that the bill has received many influential endorsements including the Jane Goodall Institute, Cruelty Free International, Vanda Pharmaceuticals and Dr. Donald Ingber MD, PhD, one of the pioneers in developing organs-on-chips, a game-changing technology for replacing animals.

“I have watched for decades as millions of animals have been used in experiments of every sort that have led to insufficient knowledge gained for human medicine,” said Dr. Jane Goodall, DBE, Founder, the Jane Goodall Institute & UN Messenger of Peace. “We now have the opportunity to go in a more promising direction, based on modern knowledge and innovative technologies that open up a new humane pathway for research.”

Dr. Don Ingber, chaired professor at Harvard’s Medical and Engineering Schools and Founding Director of its Wyss Institute for Biologically Inspired Engineering expounds, “We are reaching a tipping point in the field of in vitro human emulation technologies where they are able to recapitulate human physiology and disease states, as well as response to drugs, radiation, and toxins. A new NIH Center focused on meeting this goal would benefit this field, save animal lives, and expedite the development of more effective and safer therapies.”

Cruelty Free International is one of the world’s longest standing and most respected animal protection organizations and has initiated and influenced legislation around the world to eliminate animal testing and advance humane science. Monica Engebretson, Cruelty Free International’s Head of Public Affairs for North America said “The need for cost-effective and reliable tools for the development of medicines and treatments has led to a wealth of ‘new approach methodologies’ that focus on human biology and utilize modern technologies without the use of animals. Recent global events have highlighted the need for continued investment in these modern approaches to confront public health challenges.”