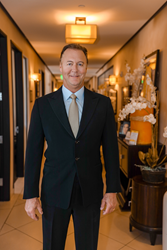 Those suffering from advanced neck and arm pain may find themselves to be candidates for a new clinical trial that has opened up just this week at the Los Angeles-based practice, Lanman Spinal Neurosurgery, founded by one of the world’s most prominent spinal surgeons, Dr. Todd H. Lanman.

The trial compares prodisc C SK and prodisc C Vivo with the approved, currently marketed TDR Mobi-C device as a control to compare safety and effectiveness to treat symptomatic cervical disc disease in subjects who have been unresponsive to non-operative, conservative treatment at two levels.

Disc replacement works by continuing to allow motion between the spinal levels, and with the prodisc devices, motion is provided by a ball and socket design, which allows for physiological range of motion while also ensuring stability to the spine.

The prodisc cervical discs are low profile, allowing for “stacking” of discs at adjacent spinal levels, otherwise known as multilevel application. The prodisc C Vivo design uses “teeth” fixation to hold the device in place, while the prodisc C SK incorporates low-profile “keels” for fixation. During the clinical trial, Dr. Lanman will choose the appropriate prodisc design to fit the patient’s anatomic needs.

Dr. Lanman and his Lanman Spinal Neurosurgery team have been at the forefront of spinal medicine and artificial disc replacement for many years, presiding over a majority of the spine world’s clinical trials and studies serving as a principal investigator, such as the Prestige LP and M6-C in recent years, leading to their FDA approvals.

Lanman has been named one of the top doctors in his field by various high profile media outlets, and has been honored as a ‘Leader in Health Care’ by the Los Angeles Business Journal. A majority of his patients include A-level celebrities, sports players and business tycoons. He remains an associate professor at UCLA for two decades, has published countless peer-reviewed articles and book chapters relating to spine medicine, and serves as a frequent medical educator and expert contributor in the media.

To be considered as a candidate for the trial, call (310) 385-7755 or email frontdesk@spine.md. Additional information about the clinical trial can be found at http://www.clinicaltrials.gov (NCT#04012996).