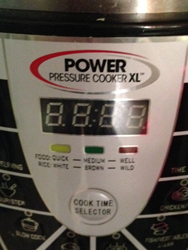 The Law Offices of Jason Turchin announces that a consolidated product liability lawsuit on behalf of those injured by a Tristar Pressure Cooker has been Ordered by the United States District Court for the District of New Jersey. The lawsuits will now proceed as “IN RE: TRISTAR PRESSURE COOKER LITIGATION”. The consolidated case is filed under Civil Action No. 17-5375.

The United States District Court for the District of New Jersey in IN RE: TRISTAR PRESSURE COOKER LITIGATION found that the plaintiffs in the several lawsuits filed by Turchin’s clients “seek damages for injuries allegedly suffered from similar failures of Defendants’ pressure cooker products”, and have “asserted nearly identical causes of action against many of the same defendant entities.” Further, the Court found that each of the consolidated cases “will certainly involve common questions of both law and fact such that consolidating these matters would facilitate the administration of justice.”

“Despite several years my law firm has been litigating cases against Tristar Products, we continue to receive complaints from new victims burned as a result of alleged pressure cooker safety failures,” says Turchin.

In addition to the New Jersey federal lawsuit, Turchin represents several other pressure cooker injury victims. Turchin represents victims with claims pending in Florida State Court, as well as several pre-suit claims, and has already resolved many other claims to the satisfaction of all parties.

About Jason Turchin, Esq.
Attorney Jason Turchin has handled over 6,000 claims for victims of accidents, personal injury and wrongful death throughout Florida. He is a #1 best-selling author in personal injury and accident law, and is admitted to practice law in Florida, New Jersey, New York, Washington DC and several federal district appellate courts. His main office is in Weston, Florida, with satellite offices in Orlando, Miami, Key West and New Jersey. For more information, Jason Turchin, Esq. can be reached at http://www.victimaid.com or at (800) 337-7755.