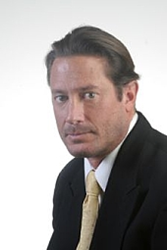 We are dedicated to the repeal of irrational sentencing guidelines for nonviolent and non sex offenders.

Noting the overwhelming number of defendants who are subject to prosecutorial abuse or mistreatment in the American judicial system, Mr. Goldfarb established the Lawrence R. Goldfarb Judicial Reform Foundation. Through the Foundation, Mr. Goldfarb is pushing for prison and judicial reform that is aimed at putting defendants on an equal footing when they stand on trial. Specifically, Lawrence R. Goldfarb and the Foundation are devoted to repealing irrational sentencing guidelines, especially for nonviolent and non-sex offenders.

Approximately thirteen million Americans are arrested each year, and more than half of these arrests result in felony charges and jail time. The Lawrence Goldfarb Judicial Reform Foundation seeks to highlight that given these statistics, many people end up being mistreated by the judicial system and encounter injustice at some point in the process. Several tens of thousands of innocent American citizens are placed in prisons each year without having committed a crime.The Lawrence R. Goldfarb Judicial Reform Foundation seeks to highlight that too often there is little to no recourse for stopping an unfair process once it has already started. Citizens who lack the resources to hire effective representation or who lack a comprehensive understanding of the judicial system are at a significant disadvantage when it comes to receiving a fair trial or reasonable sentencing.

Lawrence R. Goldfarb and the Foundation have numerous and specific goals that they hope to achieve through their advocacy for judicial reform. Through the provision of educational workshops, they strive to inform both voters and legislators about the current inequitable state of the American judicial system. They also call upon both Federal and State Penal systems to change the goals of pretrial and probation processes to ensure both that due process is upheld and that citizens are treated as though they are innocent until they are proven guilty.

Finally, the Foundation calls for a more effective system of post-incarceration rehabilitation. They advocate for improved transitional housing and meaningful opportunities for employment for nonviolent and non-sex offenders. The Foundation believes that the current system frequently sets individuals up for failure upon release from prison.
Through the application of a consistent and more reasonable set of principles to the judicial system, the Foundation is confident that fewer citizens will be mistreated or unfairly sentenced.

Beyond the legal profession, Mr. Goldfarb is an active philanthropist in both his community and around the country. In 2012, he founded the Bay Area Autism Forum to assist Bay Area families with autistic children in finding resources and information. In 2009, he also helped to co-found Autism Aid, a national organization aimed at filling in the gaps of the social safety net and provide for critical needs.

Lawrence R. Goldfarb is also a board member on numerous non-profit and charitable organizations, including Autism Speaks, The American Diabetes Association, The Mary & Dick Allen Diabetes Center at Hoag Memorial Hospital Presbyterian, Easter Seals, Homeward Bound of Marin, The Harbor Point Charitable Foundation, The Scleroderma Research Foundation and Youth Tennis Advantage. This extensive breadth of experience represents the ethical commitment of Mr. Goldfarb and speaks to his widespread sense of responsibility for both his community and his fellow citizens.

Especially in times like now of COVID-19 where prisons and jails throughout the country have become breeding grounds for the spread of COVID-19 to some of the most vulnerable humans in our society, Lawrence R. Goldfarb calls on all Americans to join him in calling for an overhaul of the judicial system to promote more equitable treatment and rational sentencing processes. As have numerous Federal and State Judges throughout the American Judicial system, The Lawrence R. Goldfarb Foundation is calling for legislatures to immediately address prison reform and significantly reduce the incarceration rates for non-violent offenders and non-sex offenders throughout the United States. The United States already has the largest per capita incarceration rate in the world outpacing dictatorships such as China and Russia.