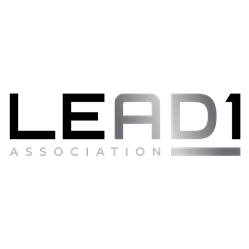 “Trust and transparency will be fundamental to the success of the NIL process and we believe our [LEAD1] proposal can help ensure buy-in by all stakeholders,” said Tom McMillen, President and CEO of LEAD1 Association.

The LEAD1 Association (“LEAD1”), which represents the athletics directors of the 130 member schools of the Football Bowl Subdivision (“FBS”), commends NCAA President Mark Emmert who, on Wednesday, before the Senate Judiciary Committee, expressed support for an independent entity (outside of the NCAA) to regulate student-athlete name, image, and likeness (NIL) compensation.

In September 2019, LEAD1 created various working groups, comprised of member athletics directors as well as other senior athletics staff, to develop recommendations on pertinent issues in college sports, including NIL. LEAD1’s NIL working group, co-chaired by Mike Hill, Director of Athletics of the University of North Carolina at Charlotte, and Michael Alford, the Director of Athletics at Central Michigan University, and soon to be the CEO of Seminole Boosters at Florida State, has played an important role in helping the NCAA develop its position on a potential NIL model. LEAD1’s NIL proposal (below) includes a third party administrator (TPA), similar to an independent clearinghouse, which could be led by current and former student-athletes to manage the NIL process, and, at least initially, a low regulation model, given that this is a sea change moment for college sports. It should be noted that LEAD1’s proposal is distinct from the Power Five conference’s (ACC, Big Ten, Big 12, SEC and Pac-12) recent proposal, which was referenced in Wednesday’s Senate hearing.

“We are pleased that President Emmert has announced support for a third party entity to manage NIL,” said Tom McMillen, President and CEO of LEAD1 Association. “Trust and transparency will be fundamental to the success of the NIL process and we believe our [LEAD1] proposal can help ensure buy-in by all stakeholders.”

“A low regulation model for student-athletes to monetize their name, image and likeness is fundamental to the success of this long overdue movement,” said Hill. “The LEAD1 NIL working group remains committed to the principle that NIL guidelines should not unduly restrict commercial opportunities for student-athletes and that an independent third party can play an appropriate role in the facilitation of such activity.”

“I am proud of the leadership and innovation provided by the NIL working group and my co-chair Mike Hill,” said Alford. “A low regulation model will benefit student-athletes, allowing them to monetize their NIL based on a fair market value facilitated and regulated by a professional third party.”

LEAD1 athletics directors, Dan Radakovich, Director of Athletics at Clemson University and Chair of LEAD1’s Board of Directors, and Heather Lyke, Director of Athletics at the University of Pittsburgh and on LEAD1’s Board of Directors, also testified during Wednesday’s hearing. Radakovich urged adoption of one national standard on NIL to preserve the integrity of competition in college athletics, while Lyke outlined her concerns with respect to legal sports wagering on student-athlete well-being.

About the LEAD1 Association: LEAD1 represents the athletics directors of the 130 member universities of the Football Bowl Subdivision (FBS). Key to the LEAD1 mission are influencing how the rules of college sports are enacted and implemented, advocating for the future of college athletics, and providing various services to our member schools. For more information, please visit http://www.LEAD1Association.com.