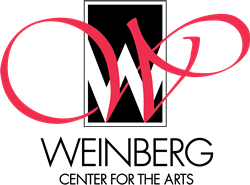 Grammy-nominated 1970’s chart toppers Three Dog Night are embarking on a national tour for 2023 and making a stop at the Weinberg Center for the Arts in Frederick, Maryland, Sunday, April 16 at 6:00 PM.

The legendary band, now in its 5th decade, claims some of the most astonishing statistics in popular music. In the years 1969 through 1974, no other group achieved more top 10 hits, moved more records or sold more concert tickets. Three Dog Night had 21 consecutive Top 40 hits, including 3 #1 singles, 11 Top 10’s, 18 straight Top 20’s, 7 million-selling singles and 12 straight RIAA Certified Gold LPs. The hits appeared on best-selling charts including pop, rock and country. Their records continue to sell around the world, reaching beyond the borders of the U.S. into Japan, Canada, Holland, England, Germany, Spain and elsewhere. The band’s now-famous name refers to native Australian hunters in the outback who huddled with their dogs for warmth on cold nights; the coldest being a “three dog night.” Marking over 50 years on the road, Three Dog Night maintains an aggressive, year-round touring schedule of over 90 dates a year, performing their hit filled concerts for generation-spanning audiences. Since 1986, the band has performed over 2,500 shows including two Super Bowls.
For your convenience below are links to photos of the artists and their website.
https://bit.ly/3DogNight_images
https://www.threedognight.com/