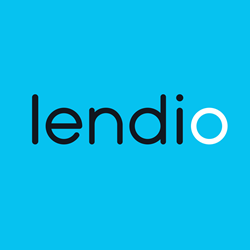 “The top 10 states list is a reminder that lending to small businesses puts the country in a stronger economic position.”

Lendio, the nation’s largest marketplace for business loans, today announced its fourth annual list of top 10 states for small business lending, based on loan data from the Lendio platform, which matches businesses with more than 75 lenders.

This year’s top states for small business lending are:

Founded by entrepreneur Sasha Rowe, Dallas-based Rivvly is an example of how access to capital can help a small business accelerate at just the right time. Initially, the company was built without taking on debt, but as time passed the business needed a loan in order to scale. “When we got to the point we needed working capital, Lendio was our answer,” said Rowe. “[Lendio] worked hard to understand the foundation and goals of Rivvly and then went to bat for us and secured the capital we needed to grow.”

“We hear a lot lately about the strong national economy, but usually through the success of well-known unicorns. What really makes America’s economic engine hum is small business,” said Brock Blake, CEO and founder of Lendio. “The top 10 states list is a reminder that lending to small businesses puts the country in a stronger economic position.”

In 2018, Lendio helped facilitate nearly $480 million in funding in all 50 states, a 60 percent annual increase in loans originated through its platform. Loans were made to entrepreneurs in diverse industries including construction, restaurants, health care and retail.

About Lendio’s Top 10 States Ranking
The top 10 states ranking is based on a calculation of several key indicators, including approval rates and loan sizes, from among thousands of Lendio’s customers from April through March each year. More information about the 2018, 2017 and 2016 top 10 states for small business lending, including the average loan size on the Lendio platform, can be found at http://www.lendio.com.

About Lendio
Lendio is a free online service that helps business owners find the right small business loans within minutes. With a network of over 75 lenders offering multiple loan products, Lendio’s marketplace is the center of small business lending. Bringing all options together in one place, from short-term specialty financing to long-term, low-interest traditional loans, our technology makes small business lending simple and decreases the amount of time and effort it takes to secure funding. For every loan facilitated on Lendio’s marketplace platform, Lendio Gives, an employee contribution and employer matching program, donates a percentage of funds to low-income entrepreneurs around the world through Kiva.org. More information about Lendio is available at http://www.lendio.com. Information about Lendio franchising opportunities can be found at http://www.lendiofranchise.com.