Child TV star, Lilo Baier, has landed new lead roles and signed a contract with the prestigious talent agency, Clear Talent Group in Los Angeles, California. After many years of being featured on a number of shows on Asia's most popular kids' TV channels, as well as displaying her vocal talents in competitions and on "The Voice Kids," Lilo will now be performing on the upcoming UK TV Series "The Singapore Grip," alongside notable cast members from "The Walking Dead" as well as "Game of Thrones." 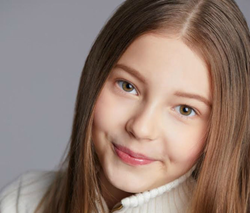 A rising global phenomenon on TV, Lilo Baier, was chosen to compete in the worldwide sensation and popular TV series “The Voice Kids 2019.” Lilo reached the finals and her performance in that TV episode has since garnered over 3 million views.

While living in Singapore, Lilo’s talent was quickly recognized and catapulted her to a global TV audience when she starred in the lead role on Asia’s most popular kids’ TV channel, Okto, playing Page on Season 4 of the 30-episode show “Ollie & Friends.” In addition, Asia’s TV audience could see her on channels such as Nickelodeon Asia and Singapore Channel 5 over the years.

Lilo’s popularity further blossomed in 2017 after being featured on TV in a lead role on “ChildAid”. This was a major breakthrough as her contribution as lead actress playing Lily helped the show to a great success raising $2.1m. She then landed her next role on TV in “HomeTeam 2017,” and has performed in front of international leaders such as the President of Singapore himself, as well as with celebrity guests such as David Beckham. In the same year, Lilo won 1st place at the prestigious American Protégé Vocal Competition in the Broadway/Musical Theatre category at the famous Carnegie Hall in New York City.

With an early thirst for acting at 4 years old, begging her parents, she began to perform on-stage. Since that time Lilo has made appearances in international touring musicals and plays such as Evita, Shrek, Peter Pan, Cinderella, and George Orwell’s 1984.

Lilo Baier’s 13th birthday wish was to move to Los Angeles to pursue her TV and acting career. Her dream came true after signing a contract with Clear Talent Group in LA. As a much sought-after, up and coming TV actress, Lilo Baier has been offered more roles than she could ever accept.

Watch out for the upcoming UK TV series “The Singapore Grip” where Lilo was cast as the daughter of David Morrissey’s (“The Walking Dead”) character Walter Blackett. In this drama series Lilo also stars alongside Charles Dance (“Game of Thrones”) amongst the notable cast.