As the company continues to grow, LiquidPiston has expanded its Bloomfield, CT facility to accommodate further development of its defense and aerospace programs under Zuehl 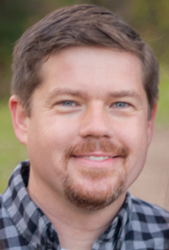 LiquidPiston, Inc., a developer of advanced rotary internal combustion engines, today announced the appointment of Jake Zuehl, formerly of Briggs & Stratton, as the company’s Technical Specialist. With more than 15 years of engine combustion, control, and emissions research and development experience, Zuehl is well suited to scale the design, development and testing of LiquidPiston rotary engines. The company has also expanded its Bloomfield, Connecticut facility from 6,000 square feet to 12,000 square feet to enable the growth of its defense and aerospace programs. The new headquarters doubles the number of offices, workspaces and assembly areas, and underscores LiquidPiston’s focus on product development, as it looks to commercialize its new engine technology.

“It has been my career-long passion to bring new engine technologies that deliver breakthrough power density and fuel efficiency to market,” said Zuehl. “LiquidPiston is a truly innovative company whose advanced thermodynamics and engine platform are poised to radically alter the industries they touch. The technologies lend themselves extremely well to multiple aerospace, vehicular and portable power applications, and I look forward to working with the team to bring these applications into the mainstream.”

An accomplished engineer, Zuehl has extensive experience working with over 16 different engine platforms ranging from 70 cc to 13 liters in displacement and many different combustion and fuel types including gasoline, diesel, propane, natural gas, hydrogen and ammonia. During his time at Briggs & Stratton, Zuehl managed the future engine technology strategy, and transfer of technologies to new product development. Previous to that, he worked at Southwest Research Institute, where he was co-award winner of an R&D 100 award for Dedicated-EGR technology. He has co-authored several SAE papers and has been co-awarded several patents related to engine technologies and emissions.

At LiquidPiston, Zuehl will provide engineering leadership, working closely with the testing, modeling and design teams. He will be involved in developing the company’s technical directives including oversight of key projects.

“We’re excited to have Jake join the LiquidPiston team,” said Alexander Shkolnik, CEO and co-founder of LiquidPiston. “His considerable experience in developing and transitioning technology from concept to maturation will play a key role in helping our company bring our high-performance engines to market. Under Jake’s leadership and direction, we look forward to seeing our engine technology being used across the aerospace, defense and commercial sectors.”

The addition of Zuehl to the LiquidPiston team further accentuates the company’s focus on product development and transition toward the commercialization of its revolutionary engine technology. LiquidPiston is uniquely suited to serve the defense and aerospace markets, which are in dire need of state of the art propulsion and power generation systems with improved power-to-weight and efficiency.

About LiquidPiston, Inc.
LiquidPiston, Inc. develops compact, quiet, fuel-efficient, low-vibration, multi-fuel capable combustion engines that are scalable from one horsepower to over 1,000. The company’s patented High Efficiency Hybrid Cycle (HEHC), an improved thermodynamic cycle, and engine architecture enable the company to create engines optimized for fuel efficiency. LiquidPiston’s engines have only two primary moving parts - a shaft and rotor - resulting in compact size and low-vibration operation. Although they are rotary engines, LiquidPiston’s engines are not Wankel engines; they are uniquely configured to adopt the company’s patented thermodynamic cycle and its associated efficiency and low-noise benefits. To learn more, visit http://www.liquidpiston.com.