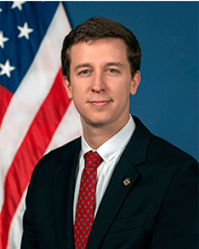 Locomation is in the perfect position to lead the way in developing a safer, more efficient and more environmentally friendly transportation system for our country with a business model that makes sense for the customer.

Locomation, the world’s first trucking technology platform to offer human-guided autonomous convoying, announced today the hiring of Finch Fulton, the former Deputy Assistant Secretary of Policy at the US Department of Transportation as the Vice President of Policy and Strategy.

“We are pleased to have Finch joining our fast-growing team,” said CEO Dr. Çetin Meriçli. “His unique experience leading the development of US Federal policy around automated vehicle technologies, pushing critical regulatory updates and safety standards, and advising the Secretary of Transportation on all areas of innovation will be a great asset for Locomation.”

“I am thrilled to be joining the team” said Fulton. “I have had the incredible opportunity to engage with all types of companies and business models changing the face of transportation. Locomation is in the perfect position to lead the way in developing a safer, more efficient and more environmentally friendly transportation system for our country with a business model that makes sense for the customer.”

In the United States, trucks carry nearly 72 percent of all domestic freight by weight and 73 percent by value. For trips over 2,000 miles, trucks carry 40% of the share valued at over $447 billion(1). However, the industry faces many challenges. The estimated shortage of over 60,000 qualified truck drivers is a perennial industry concern(2). In addition, transportation contributes 28% to overall emissions in the US, and medium to heavy duty trucking makes up 23% of this total(3).

Locomation’s proprietary Autonomous Relay Convoy(tm) (ARC) technology is expected to produce an estimated 30% or more reduction in operating cost per mile, 8% reduction in fuel expense, increase in freight density of 2x per lane, and remove 41 metric tons of carbon dioxide from the air per tractor annually(4). By starting with convoying on the path to full automation, Locomation’s technology provides value for the customer today while ensuring a stable development path for higher levels of automation moving forward.

About Locomation:
Locomation is the world’s first trucking technology platform to combine autonomous driving with driver augmentation. Launched in 2018 by veterans of Carnegie Mellon’s National Robotics Engineering Center, the Locomation team includes some of the world’s foremost experts in robotics technology, safety, and artificial intelligence. Through its core technology, Autonomous Relay Convoy(tm) (ARC), one driver pilots a lead truck with technology augmentation while a follower truck operates in tandem through a fully autonomous system, allowing the follow driver to clock off and rest during this time. Learn more at https://locomation.ai.

About Finch Fulton
Finch Fulton was the Deputy Assistant Secretary for Transportation Policy from April 2017 to January 2021 and was the nominee for Assistant Secretary for Transportation Policy at the US Department of Transportation. Previously, he served as a member of the President’s Transition Team, and with the Department of Transportation as a Special Advisor to the Secretary. Prior to this, he was a staffer for members in both the House of Representatives and in the Senate before working in the private sector on issues surrounding the State and local integration of technology. He is a native of Mobile, Alabama, a graduate of the University of Alabama, received his MBA from Johns Hopkins University and is a resident of Washington, D.C. He can be reached at finchfulton@locomation.ai.