A Lodi City Council candidate who held a substantial lead in the race for the District 4 seat has sought the representation of California criminal defense attorney Allen Sawyer, a partner at Rosenfeld & Sawyer. Lodi City Council District 4 race candidate and Stockton business owner Shakir Khan was arrested just days before the November 3 election on alleged suspicion of money laundering, maintaining a gambling premises, and conspiracy to commit a crime. 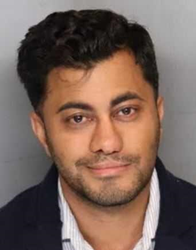 Shakir Khan is being represented by Ken Rosenfeld and Allen Sawyer

“These allegations against Mr. Khan have demonstrated little variance with supporters in his district,” Sawyer noted.

“We believe our client isn’t guilty of any offense, and, therefore, we don’t expect any charges to be filed,” said Sawyer. Khan himself denied the allegations against him, stating on Facebook that the accusations were fabricated by his political opponents to tarnish his reputation and damage his campaign.

Running as Shak Khan for the District 4 seat on the Lodi City Council, Khan emerged as the leader of the race.

“These allegations against Mr. Khan have demonstrated little variance with supporters in his district,” Sawyer noted.