Recent release “Apricot Marmalade and the Edmondson Transmittal” from Page Publishing author Lon Orey is a riotous tale of undercover operatives tracking marks and gathering information for the United States military during the Vietnam War. 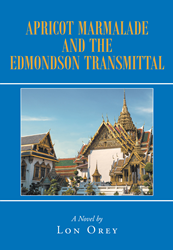 Lon Orey, a former Military Intelligence operative for the United States Army, has completed his new book “Apricot Marmalade and the Edmondson Transmittal”: novel both gripping and laugh-out-loud funny. The author writes:

Orey writes, “The US war effort in Vietnam was getting bad press on the home front. Some news sources reported that the war was not being waged effectively. Others argued that it should not be waged at all, at least not with US personnel. Americans in general were wearying of its intrusion into their living rooms every evening on the six o’clock news.
Meanwhile in Bangkok, Thailand, less than five hundred miles away from the battleground, the special agents assigned to the 187th Military Intelligence Detachment, the US Army’s counterespionage arm, are dealing with the war and its implications for the rest of Southeast Asia in their own way. They dress in civilian clothes and carry credentials while performing counterintelligence investigations and surveillance of suspected enemy agents. As a group, they are an unruly and undisciplined lot whose often humorous attempts to carry out their duties and stay out of trouble rarely succeed.
This is satire at its best!”

Published by Page Publishing, Lon Orey’s thrilling novel about intelligence operatives working abroad during the Vietnam war showcases the camaraderie between two agents who become bonded by fire through their work undercover, dodging the eyes of the enemy, keeping tabs on enemy operatives, and uncovering the espionage deeply entrenched in the war efforts.

Readers who wish to experience this gripping work can purchase “Apricot Marmalade and the Edmondson Transmittal” at bookstores everywhere, or online at the Apple iTunes Store, Amazon, Google Play, or Barnes and Noble.