The Federal Motor Carrier Safety Administration has decided to delay implementation of national standards for truck driver training until 2022. ATS’s John Kearney indicates the move is a setback for the industry. 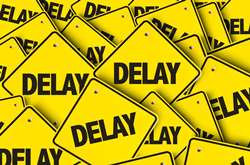 When the rules finally are adopted, says Kearney, they will almost certainly require virtual-reality electronic simulation as part of any registered driver training curriculum.

Shortly before the end of the year, a spokesperson for the U.S. Department of Transportation announced that implementation of a set of standardized rules for entry-level training for commercial truck drivers, expected to take effect next month, will be delayed until 2022.(1) “This is a setback for the whole industry,” says John Kearney, CEO, Advanced Training Systems LLC. Kearney, whose company is a leading designer and manufacturer of virtual simulators for driver training, among other applications. He goes on to add, “Trucking is facing both a declining safety record—over a ten-year period there was a 12 percent increase in the yearly number of people killed in large-truck crashes(2)—as well as an increasingly drastic driver shortage.(3) We are in need of efficient standards for entry-level truck driver training, and we need the government’s help to do it.”

While discussions about federal truck driver training regulations have been going on for decades, the current (and now delayed) standards were announced by the Federal Motor Carrier Safety Administration (FMCSA) in December of 2016 and are scheduled to take effect February 7, 2020. The pending regulations will restrict training of entry-level drivers to training providers registered with FMCSA. They will also enable the agency to track the success and failure of training providers, and remove trainers with substandard performance from the register, denying them the right to continue training new drivers.(4)

When the rules finally are adopted, says Kearney, they will almost certainly require virtual-reality electronic simulation as part of any registered driver training curriculum. Simulators, he notes, have proven themselves as highly effective for the early stages of training, as well as affording a considerable savings in wear and tear.(5) More importantly, simulation training is increasingly accepted in trucking, as it is in other “high-consequence” industries in which operator mistakes can be fatal(6), as the only safe way to train drivers to deal with rare but extremely dangerous situations such as a power-wheel blowout or an unexpected patch of black ice.

Meanwhile, there continues to be a severe trucker shortage, especially among long-haul drivers, where the average age is 46 and where workers are on the road for weeks at a time.(7) To replace this essential cohort, the industry needs to attract drivers from a new population of candidates, including women, younger people, and military veterans. The confidence imparted by simulator training, Kearney says, is helping the industry recruit and retain these new drivers.

“Trucking,” says Kearney, “faces a two-edged problem: safety and numbers. The truck driver shortage is critical and comprehensive, and high-tech training is going to be the catalyst for hiring the next generation of drivers. Without standardization of training—including the use of virtual-reality simulation—both safety and hiring will suffer.”

About Advanced Training Systems:
Advanced Training Systems (ATS) is a high-tech simulator technology and engineering firm that has revolutionized the design and manufacture of advanced training systems to improve training and create safer drivers. ATS, the holder of multiple patents in high-tech training using simulation, has as its mission to provide this cutting-edge adaptive training to all involved in the transportation industry at an affordable cost, resulting in safer drivers/ operators. For more information, visit http://www.atstrainingsystems.com.