Parkland City Commissioner and successful small business owner Stacy Kagan today announced her candidacy for Mayor. In her new role as Mayor, Kagan will continue to focus on safety and protecting public health, optimizing Parkland’s city budget, and preparing the city for the active 2020 hurricane season while safeguarding Parkland’s unique character and exceptional quality of life. 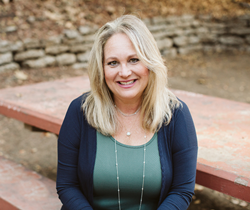 It is an absolute honor to offer my candidacy as Mayor, and I look forward to dedicating 100 percent of my time and efforts to ensuring that this amazing city continues to thrive for years to come.

Stacy Kagan, who has served as a City Commissioner for the past seven years, today announced her candidacy for Mayor of the City of Parkland, Florida.

Her tenure on the City Commission included two as Vice Mayor during and in the aftermath of the tragic shooting at Marjory Stoneman Douglas High School. Kagan plans to immediately direct her efforts at prioritizing safety and protecting public health in the wake of the COVID-19 pandemic, as well as optimizing the city budget, and ensuring that the proper preparations are in place ahead of the active 2020 hurricane season.

Kagan will dedicate herself and her time in office to protecting the small-town community feeling of Parkland and maintaining the exceptional quality of life and first-class city services that have attracted her family, families with young children, and so many other people of all ages to make Parkland their home.

“I am excited to formally announce my candidacy for Mayor,” said Kagan. “Serving the Parkland community as a City Commissioner for over seven years and being deeply involved in the community, has fully prepared me for this new role."

“My approach to public service has always been based on total transparency and accessibility. I want residents to know that they can always reach me to share their concerns or provide feedback. This is what has allowed me to solve issues and address the greatest needs of my community for the past seven years, and that will continue when I become Parkland’s Mayor.”

A successful small business owner and devoted public servant, Kagan has been a fixture in the Parkland community for many years, spearheading many charitable initiatives and volunteering with a range of organizations. Helping children succeed has been her passion. She has been involved with the drama program at Marjory Stoneman Douglas High School, raised money for Parkland sports teams, and mentored kids through the DECA program, teaching financial and business literacy to young adults.

Kagan’s unwavering commitment to giving back comes from her appreciation of all the people who helped her throughout her difficult childhood. Kagan started working at age 12, after her father passed away unexpectedly of a heart attack. Faced with financial difficulties, she and her mother were in and out of homelessness for nearly two years. Overcoming these and other challenges is what allowed Kagan to develop the strength, tenacity, and compassion that she is known for today.

Her resilient character is also what enabled Kagan to lead Parkland as a City Commissioner during times of crisis, including the unspeakable tragedy that struck Parkland’s tight-knit community in 2018, and the most recent challenge of the COVID-19 pandemic. During both crises, Kagan worked tirelessly, communicating with the residents and first responders and taking far-reaching measures to keep Parkland safe.

Kagan said: “My family and I have called Parkland home for over 16 years, and I have never seen a community more resilient and united in helping and caring about each other. It is an absolute honor to offer my candidacy as Mayor, and I look forward to dedicating 100 percent of my time and efforts to ensuring that this amazing city continues to thrive for years to come.”

Individuals interested in endorsing Stacy Kagan’s candidacy or volunteering for her campaign are welcome to reach out to her directly through Facebook or via her website at http://www.stacykaganforparkland.com.

Stacy and her husband Richard have one daughter, Brittani, who graduated from Marjory Stoneman Douglas in 2007 and is now a producer in California. A successful businessperson, Kagan owned and operated an Allstate Insurance Agency in Coral Springs for many years before selling the business in 2019. As a Commissioner and Vice Mayor, Stacy has focused on the smart growth of Parkland’s community, on its schools and making Parkland the “best city to live, work and raise a family!”