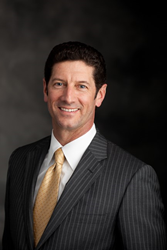 Mike’s expertise will be invaluable as we develop new communities where the current and upcoming ‘first-generation’ of baby boomers can look forward to aging well, says Tom Grape, Benchmark’s founder, chairman and CEO.

Benchmark, a human connection company and leading provider of senior living services in the Northeast, today announced that Michael Cantalupa has been appointed chief development officer and senior vice president. He is well known in the real estate industry for his more than 30-year career at Boston Properties where he developed over 12 million square feet of complex, mixed-use space for the real estate investment trust in markets such as Boston, Cambridge and Waltham, Mass.; and San Francisco, Calif.

“Mike’s expertise will be invaluable as we develop new communities where the current and upcoming ‘first-generation’ of baby boomers can look forward to aging well,” says Tom Grape, Benchmark’s founder, chairman and CEO. “He understands and appreciates the complexities of our industry, and his real estate development knowledge will contribute significantly to our industry leadership position.”

As senior vice president of development for Boston Properties, Cantalupa was responsible for overseeing new development projects that contributed significantly to the growth of the Boston area. He has been a frequent speaker at numerous industry conferences and seminars, including Urban Land Institute, NAIOP, Build Boston and Massachusetts Building Congress.

“What Tom and his team have created in just over 20 years is remarkable, and I look forward to contributing significantly to Benchmark’s next phase of growth,” says Cantalupa.

Cantalupa received a Bachelor of Science in civil engineering from Tufts University and an MBA from Harvard Business School. He served as a board member for the Kendall Square Association, is a past chairman for A Better City, and served as vice chairman and board member of his alma mater, Malden Catholic High School. He lives in Winchester, Mass.

About Benchmark
Based in Waltham, Mass., Benchmark is a leading provider of senior housing in the Northeast with 6,400 associates and 58 communities. Founded in 1997 by Tom Grape, Benchmark offers independent living, assisted living, Alzheimer’s care and continuing care retirement communities in eight states. The Great Place to Work Institute certified Benchmark in 2019 for the second consecutive year as a Great Place to Work. In 2018, the organization was selected by FORTUNE magazine for its inaugural Best Workplaces for Aging Services list, taking the number 16 spot on the list of top 40 aging services companies and ranking number three among companies with more than 40 communities. Benchmark is one of only six companies named to The Boston Globe Top Places to Work list every year of the 11 years it has been published. And it has been consistently recognized by Boston Business Journal, Hartford Courant and Hartford Business Journal as a top workplace, and by the Boston Business Journal, Providence Business News and Hartford Business Journal as one of the healthiest employers. Click here for more information.