Looking to Party this Festive Season or Round the Year ? The 1st Exclusive Artificial Intelligence-enabled Party App Has Arrived – GoParties® ! 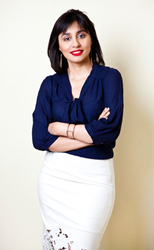 Thinking about going out in an ambience that would be in line with your choice of the evening this festive season or round the year ? This is now taken care of by revamping the way people party in today’s day and age, by “goparties.com” – the 1st exclusive party and live entertainment app, which is leveraging artificial intelligence / machine learning techniques to resolve the problem of discovery & booking of real-time local-live entertainment experiences across many genres. This entertainment and lifestyle product is - disrupting entertainment tech (to begin with for India) - taking into consideration the change in lifestyles across all age groups. The platform enables users to Discover & Book Parties / Local-Live Entertainment Experiences - without any hassles.

GoParties® also solves multiple pain-points for entertainment-seekers in groups, by providing groups with an array of choices to pick from, for seeking entertainment options in their leisure time that are customised to their unique requirements. The platform also intends to make the user more independent, for getting information about the choice one have for going out without any inherent preferences from the person providing such information.

This also, directly contributes to the promotion of tourism and helping consumers with not only the discover & book element but also to experience the entertainment quotient of cities and around them.

GoParties® has already been shortlisted amongst the best startups leveraging frontier technologies (with special emphasis on Artificial Intelligence / Machine Learning) to disrupt entertainment-tech at the Global Entrepreneurship Summit, 2017, held in Hyderabad, India.

Currently headquartered out of Delhi NCR Region (India), GoParties® is founded by Shivaarti Bajaj. Shivaarti Bajaj, Founder, stated that “A major pain-point being solved by the platform is that most people when planning to go out to a entertainment venue / experience in today’s times -if not already out – face a lack of real-time information around them that lead to an inquisitive battle of finding that one place that would fit the mood of the evening. Hence, GoParties® came into it’s inception to solve this problem to begin with. Furthermore, live entertainment is still an unorganized sector with multiple pain-points both at demand and supply level, and GoParties® intends to disrupt the same in phases by leverage technology, including cutting-edge frontier tech (such as, artificial intelligence, data intelligence, machine learning techniques), as well as introduce new categories in future as per customer demand.”

Before inception of GoParties®, the founder was intrigued to find a platform offering such curated solutions of the available information and thereby providing bookings on the spot. Hence, Shivaarti Bajaj, had a clear vision that creating one was the call of the hour, which gave birth to India’s 1st Exclusive AI-enabled Party & Live Entertainment App - GoParties®. From it’s start until now, the platform's engaging active user base and a regular traffic seeking such information both on the website as well as the app is something that is keeping the team at GoParties® intact to their vision of changing the way people our consuming entertainment experiences in specific & going out in general. Another success milestones achieved by GoParties®, is that it has already achieved an Alexa popular ranking amongst the top 12K sites in India.

So, this festive season, if you are looking to discover and book the best local live entertainment or party scene, simply download the app or access the website, details below: